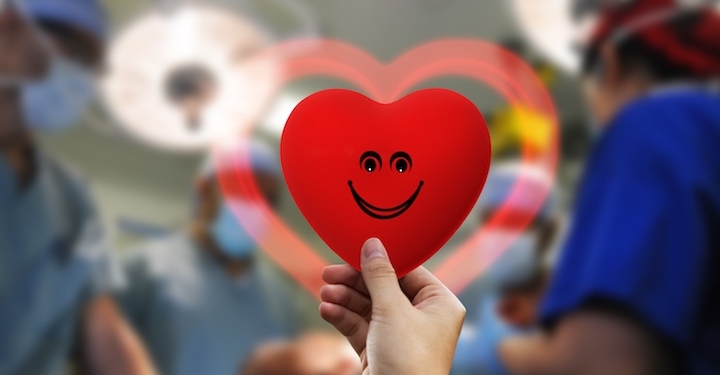 DELMAR- Christine Rutigliano was a “super healthy” young professional when curious observations from different people one day prompted her to seek a doctor.

As a lobbyist with Robinson + Cole LLP, she said she wouldn’t describe her job as too stressful. She’s managing director for The Roffe Group, a government relations practice whose list of clients​​ includes Fortune 500 companies, professional associations, local governments and labor unions. Before joining the firm, she spent years in both the State Senate and Assembly, climbing up as state budget director and later as finance secretary under David Paterson.

“The team is so great, it’s not too stressful. Everybody is a Type A personality, so there’s not a lot of managing that needs to happen because people do what they’re supposed to do,” she said. “It’s just keeping track of things and making sure clients are happy.”

Five years ago, she had been dealing with back pain and scheduled regular appointments with her chiropractor. Despite frequent visits, the sessions didn’t seem to help. Towards the end of one morning appointment, he pulled her up from the table and commented on her yellow eyes. “I never noticed that about you,” he said. “I’ve never noticed that about me,” she replied. Later on, the nail technician stopped and said the same thing. “Something’s significantly wrong,” she said to herself.

Rutigliano placed a call to a gastroenterologist. The person on the other end of the phone said she could have an appointment but that it would be months away. She shared what the chiropractor said that morning, and the nail technician. She was in the doctor’s office that afternoon.

Rutigliano was soon diagnosed with small biliary cirrhosis. It’s a chronic disease that breaks down the bile ducts in the liver, the source of her back pain. Yellow eyes are common with cirrhosis and are often associated with alcoholics. Which was odd for Rutigliano. She doesn’t and she doesn’t drink.

“In college, I was always the designated driver in my house,” Rutigliano said. She wasn’t on any medication, either. She wasn’t abusing her liver in any way. Nonetheless, she was looking at a situation that would continue to deteriorate.

Rutigliano was told she needed a transplant. On any given day, more than 8,000 New Yorkers seek to be matched to a donor. Each year, up to 500 of them die before that happens.

On the back of every New York State Driver’s License is a succinct declaration that reads, “I hereby make an anatomical gift,” next to a checkbox just above a line for the holder’s signature. It’s a question that introduces most New Yorkers’ to what Aisha Tator is attempting at Donate Life New York State.

Donate Life New York State is a non-profit organization that serves as the statewide liaison organization to Donate Life America. It was created through the state Task Force to Increase Organ and Tissue Donation with ideas that first germinated in 1997 when it was established by the state commissioner of health. Today, it is the contractor administering and operating the state donor registry. It does so by educating and engaging the public through outreach programs.

“When I got here, there was a tremendous amount of work to be done on the cause,” said Tator, who joined the organization 10 years ago and now serves as its executive director. “There were a lot of people who needed help and needed advocacy. That really drew me to the organization, to the mission.”

About 12 years ago, Tator said the registry had comprised just 15 percent of the state population — less than 3 million people. The dearth of prospective donors could be speculated away, but as the organization conducts social and behavioral research, it has nothing to do with any aversion to the cause.

“I don’t believe that there is an inherent objection on the part of New Yorkers on this issue. I think, unless you’re touched by this issue, unless you’re personally impacted, you have no idea [for the need],” Tator said, adding that market studies have shown “overwhelming” support. In some studies as high as 92 percent. “[But,] the only way I think people have any kind of connection to this issue is A, they’re personally connected or B, they go to the [Department of Motor Vehicles] to renew their license and they’re asked the question. … That leads to a gap and a drought of awareness.”

Half the state’s population lives south of Ulster County, Tator said. And of those residents, 57 percent have driver’s licenses. Though it is the registry’s top means of recruiting enrollment, the DMV connection is not quite enough.

“I have data that shows me New Yorkers support this issue, concept and this act. Overwhelmingly,” Tator said. “Yet I have an underperforming registry. Even though we’ve grown it [to over 7 million names], we still struggle compared to our peers around the country. So to me, that gap, how to address that gap? How to How to make New Yorkers aware.”

A year had passed since Rutigliano’s diagnosis, but she had yet to receive the call that a liver was available. Her doctor sat her down and explained. “The good news,” he said, “is that you’re super-healthy. The bad news,” he explained, is you’re super healthy, and until you become really sick… you’re probably not going to be eligible for a transplant.” He suggested she ask someone to volunteer as a living donor.

Livers don’t have to come from someone who died. According to Oxford University Hospitals, a person can survive with as much as two-thirds of their liver removed. It has the ability to regenerate, and within a few months, will grow back to near its original size.

“And I thought, who in the heck is going to give me a body part. I just thought it was the craziest thing ever.” He said, ‘you’d be surprised.’”

Initially, Rutigliano didn’t share the diagnosis with her family. Once she started the conversation, she shared what she was going through, falling short of asking the question. In time, eight of her family members were matched as possible donors. The last person she shared her news was with the person who would ultimately be her donor.

Her college roommate, Lisa was the mother of two young children when she died unexpectedly at the age of 39. “We were very close. She was my best friend and we kept in really close touch. Her daughter at the time was 9, and her father was very generous with her daughter.”

Lisa’s daughter, Paige Oberle, was often with Rutigliano’s family; her husband, his two children and the two they shared together. She would come up from New Jersey to spend the summers and holidays in upstate New York. And while she was home, they spoke on birthdays, Christmas and Mother’s Day.

“Whatever it was, we were in close contact,” Rutigliano said. “I told her last because she had such tragedy in her life, that I really didn’t want to upset her.”

Rutigliano eventually shared her diagnosis with Paige, now 24 and a nurse at a pediatric ward. Two days later, Paige called her back.

“Chrissy, I was going to tell you this on the phone, but I knew you would dismiss me out of hand,” Paige said. “I work in a ward that does kidney transplants. I know exactly what it entails. … I have universal blood type and I’m going to be your donor. I already signed the paperwork and I go for a meeting a New York Presbyterian Hospital on Monday.

“Your father is going to kill me,” Rutigliano said.

“Nope. I’ve already talked to my family, and I said I’m doing this. You can come along or I’m leaving you behind.”

“You have it backwards, I’m thanking you. My mom can’t be here. If I had my choice, I’d have my mom. But, you’re the next best thing. ‘When I get married, I want my mom with me to pick out a dress. When I bring home a baby from the hospital, I’d love to have my mother there, but I can’t. You are the next best thing, and if I can have that, this is what I want to do.”

Rutigliano had an ideal situation, and she knew that. She had nearly a dozen matches among the people in her life. Her blessings were reinforced through a conversation she later had with her surgeon. He shared how he was in a New York City book store when he noticed a little piece of loose-leaf paper on the community bulletin board; the kind found in college when people would advertise for a roommate, or to offer to type out a term paper. Instead, this one had pull-off tabs from someone asking for a liver.

“There are people who don’t have anyone they can turn to,” Rutigliano said. “They’re left waiting on the transplant list, and they die.”

Rutigliano had her transplant three years ago. There is no more back pain and the yellow eyes are gone. She will, however, continue to take medicine to prevent her body from rejecting the new liver. Otherwise, she is back to being super healthy. Since her experience, she connected with Donate Life New York State; first as a volunteer. Today, she sits on the organization’s board of directors.

In 2020, the New York Gift Act was signed into law by then-Gov. Andrew Cuomo, allowing the donor designation question to appear on voter registration forms, the state online insurance marketplace, professional licensing applications, hunting and fishing licenses, HESC transactions, and MyBenefits.gov transactions. In addition to requiring DMV customers to answer the donor designation question on applications and renewals for driver licenses, learner permits, and non-driver IDs, it lowers the eligibility age to enroll to 16.

“Like anything, repeated messaging and repeatedly giving this opportunity and putting this question in front of people increases the likelihood of getting more enrollment,” Tator said, adding that the donor registry has nearly tripled in number since she started with the organizatoin. The numer of committed donors surpassed 7 million earlier this year. “They are incredible human triumphs. They are such a spirit of triumph: Whether they are the recipient, who was given the second chance at life, or they are the donor family who has been given this opportunity that their loved one has a legacy.”