Port will expand into Bethlehem to create home for manufacturing plant 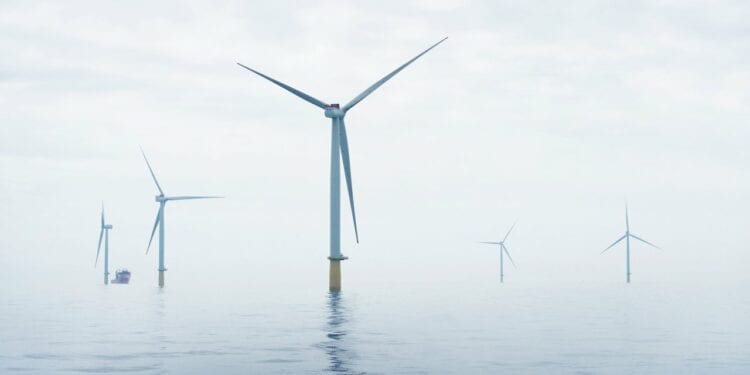 ALBANY — The Port of Albany has been awarded the coveted bid to house the state’s first wind tower manufacturing site.

The announcement reveals the first step towards the state’s larger plan to establish a homebase for a global wind energy manufacturing powerhouse. That plan includes two offshore wind farms that will yield a combined 2,490 megawatts of carbon-free energy, and bring another $8.9 billion in investments. It also includes an offshore wind turbine staging facility and operations hub at the South Brooklyn Marine Terminal, increased commitment to the Port of Coeymans, and maintenance out of Port Jefferson and Port of Montauk Harbor in Long Island.

Approximately 5,200 jobs will be created statewide, 350 of which will be in Albany.

The project is expected to expand the Port of Albany as it is prepared to produce 150 off-shore wind towers, and create up to 350 long-term jobs.

The Port of Albany extension initiative was part of the bid Equinor submitted in response to the NYSERDA’s offshore wind energy solicitation, which sought up to 2.5 gigawatts of offshore wind and multi-port infrastructure investment plans.

The construction of an offshore wind tower/TP manufacturing facility at the Port of Albany is expected to provide an immediate economic boost to the area as it recovers from the COVID-19 pandemic, creating new employment opportunities as early as the second half of 2021.

“The Governor’s announcement today that the Port of Albany will be the home of the first wind tower manufacturing site in the state is a monumental opportunity for Albany County and the entire Capital Region,” lauded Albany County Executive Daniel McCoy. “This project will be responsible for 150 wind towers built each year and will bring with it 500 construction jobs and 300 long-term, high skilled jobs.”

McCoy added that the upcoming project should help New York state become a leader in renewable energy production, and continues to show Albany County as one of the “greenest counties in the State.”

The Port of Albany’s footprint is expected to expand south into the Town of Bethlehem. Town Supervisor David VanLuven welcomed the prospect of adding employment opportunities, including approximately 500 construction jobs.

“What great, great news for our town,” he said.

Equinor is developing into a broad energy company, building a material position in renewable energy. It now powers more than one million European homes with renewable offshore wind from four projects in the United Kingdom and Germany. Equinor commissioned the world’s first floating offshore wind farm in 2017 off the coast of Scotland. In the U.S., Equinor holds two lease areas, the Empire Wind lease area located approximately 20 miles south of Long Island, and the Beacon Wind lease area that lies 60 miles off the coast of Long Island.

Marmen has facilities in Canada and in the USA and is recognized as one of the largest manufacturers of onshore wind towers in North America and for providing high-precision machining, fabrication and mechanical assembly services to leading OEMs around the world.

Welcon, based in Denmark, is the world´s leading manufacturer of offshore wind towers and holds worldwide production rights for the Stiesdal floating and bottom fixed offshore foundations.

Equinor’s plan promises hundreds of jobs to flow to Albany for the construction of the port’s infrastructure and for the long-term assembly. In addition, maritime operations related to industry components will sustain hundreds of other jobs for decades.

“The port is the ideal location to build these components and we are excited about the prospect of the area becoming a manufacturing hub for offshore wind,” said Katie Newcombe, Chief Economic Development Officer for the Center for Economic Growth. “With the ongoing expansion of offshore wind power on the east coast, the Port of Albany would become a natural destination for future projects to source components.

“Today’s speech by Gov. Cuomo laid out in stark terms the immense challenges New York faces due to a warming climate and was clear-eyed about the extent of change needed to overcome those challenges,” Peter Iwanowicz, executive director of Environmental Advocates NY. “New York must have an economy that is completely powered by renewable energy, and today Gov. Cuomo confirmed that is the direction we are moving.

“We look forward to learning of other pieces of the Governor’s agenda—like electrifying transportation and addressing building efficiency—that are also essential in the battle against climate change,” Iwanowicz said.

LETTER to the EDITOR: Cuomo cut down our options at the ballot