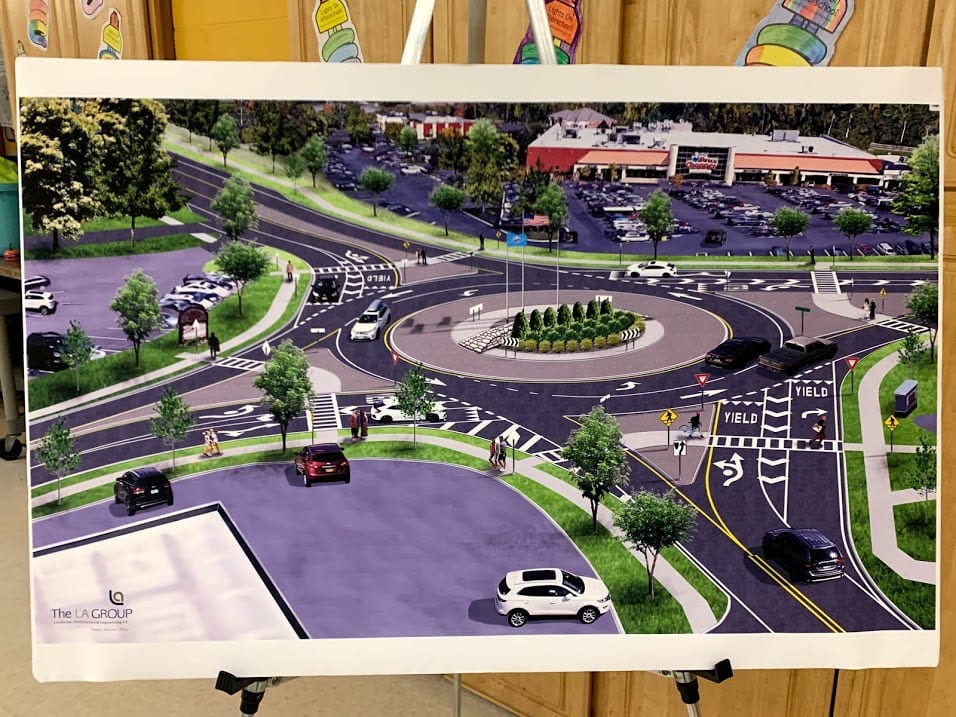 GLENMONT — Work on the highly anticipated roundabout is expected to begin next spring, a full year after it was meant to start.

The intersection at Bethlehem Corners has developed into a commercial center over the years. Three strip malls and a large CVS Pharmacy reside at each cardinal point of the intersection. Another strip mall, with a Lowes and Walmart stand within a mile north. It was pegged as a future concern when the town drafted its comprehensive plan more than 15 years ago. Today, it sees more traffic from those visiting the several stores and restaurants, and residents who have moved into one of the many new developments erected since.

According to a recent traffic study prepared by CHA Consulting, Inc. of Albany, approximately 20,000 motorists cross from Route 32 to Bethlehem Corners each day compared to 15,000 in 2000. The study also reveals an uptick in traffic related to developments off of Glenmont Road where numbers have doubled to more than 5,000 a day within the same time period.

CHA Consulting, which prepared its study for a proposed development off of Feura Bush Road, continued to state that the present intersection underperformed its “practical capacity” from all points. Where traffic flowing from the north operated at approximately 80 percent, capacity was down to 45 percent for Glenmont Road traffic.

Once construction begins, the town said two-way travel will be maintained as crews work from through daylight hours. Work will include the replacement of the existing traffic signal with a temporary traffic signal, which will free up air space for relocation of overhead wires by Firstlight Fiber, Crown Castle Fiber, Charter Communications and Verizon Communications.

The Town received $3.9 million from the Federal Highway Administration which was to cover 80 percent of the project’s projected cost.

The chosen hybrid roundabout design features single-lane exits, double-lane entrances and a center island, the outer shell of which optimally allows bigger vehicles like trucks or emergency vehicles to drive onto if they need more space as they make their way through the roundabout. The center island will also contain several features like landscaping, at least one flag pole and a stacked stone wall.

ON THE BOOKSHELF: New November reads to enjoy (adult)