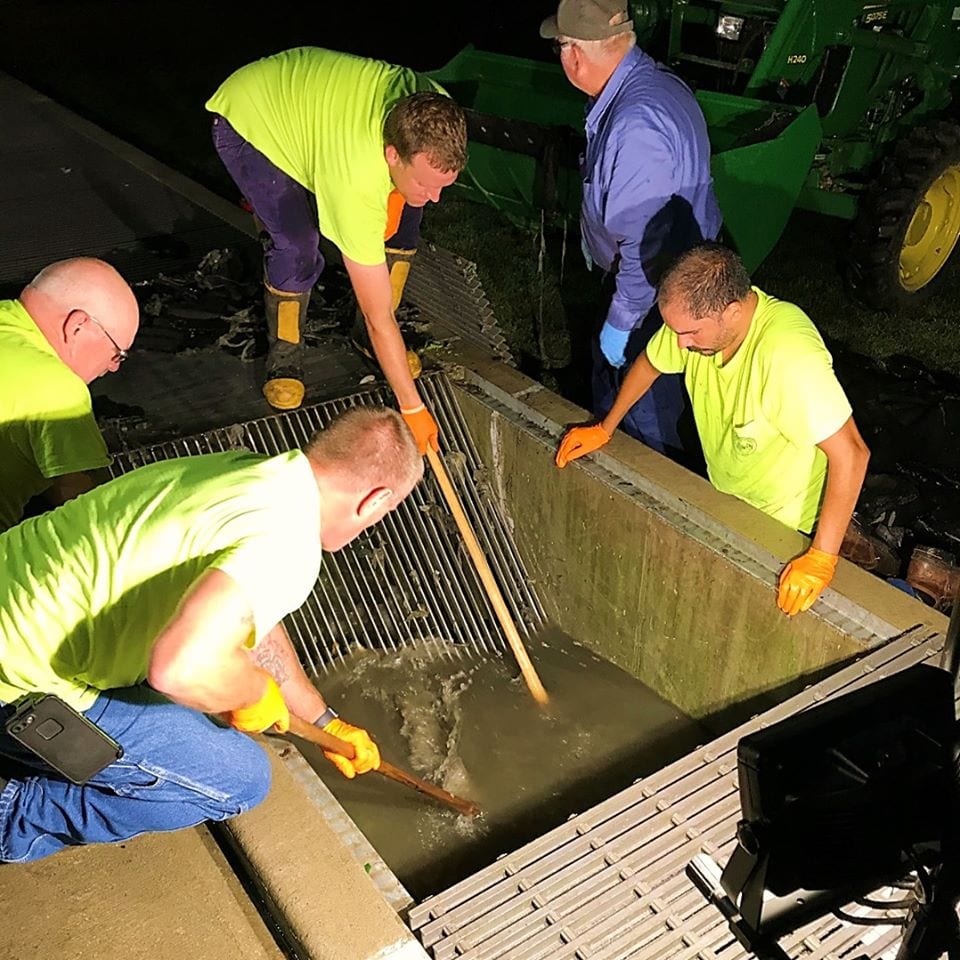 BETHLEHEM — George Kansas was only just appointed as commissioner of public works when the department finished building a reservoir of sorts to catch storm runoff at the town’s water treatment plant in Selkirk.

Five years later, it was all put to the test.

Storm runoff in urban areas is often an ecological problem. City systems often designed before heightened concerns for environmental conservation commingle sewage waste with groundwater runoff. Storms the dump unusually high volumes can overwhelm treatment plants. In communities up and down the Hudson Valley, whose treatment plants hug the river’s banks, that waste flows into the river.

Bethlehem’s network of public water — all 170 miles of pipeline — is separated from the water captured from culverts cut into local streets. But, an exceptional storm can often reveal the cracks that lie within an infrastructure that includes 80-year-old clay pipes.

“The problem that we face in this town, and its common throughout the country and the world, even though our system is separate from our storm sewer — which is the best scenario to have unlike Albany, who has a lot of combined sewer and stormwater going through the same pipes — ours are dedicated systems,” Kansas said. “But, the system is old enough to the point where some loose joints here and there… you have little pathways that stormwater and groundwater can infiltrate into the sewer collection system. One or two of them isn’t too bad, but when you get them over the 170 miles of pipe that we have in town, it adds up.”

As a storm, Hurricane Isaias was less foreboding than that of Irene and Sandy in 2011 and 2012, respectively. As is the norm, such storms seldom reach this far north — not at that strength. When they do, it’s a news event. For a storm to maintain the level of Category 1, it must continue to sustain winds of at least 85 miles per hour. But, it’s the devastating floods that wreak the most havoc.

Irene’s winds knocked out power to at least 3 million people from New York to Connecticut in 2011, but it was the flooding that attributed to nearly $300 million worth of damage. Nearly a foot of rain fell on Orange County, leading to the failure of an earthen dam. The breach contributed to an a 8-foot wall of water that pushed down the Ramapo River. An Ulster County farmer ran his boat across the new lake of water that submerged his crop under a foot of water. Rushing streams and rivers wiped out more communities throughout the Empire State.

At least 52 municipalities spilled raw sewage into local waters around the Hudson Valley. The state Department of Environmental Conservation later credited the incredible volume of water for diluting potential pollution.

“We were very fortunate that we learned some hard lessons back when Hurricane Irene came through,” said Kansas.

Isaias teetered between a hurricane and a tropical storm before it smashed the Carolina coastline as a hurricane on Tuesday, Aug 4. It raced north up the coast as a tropical storm, where it hit the Capital District that same day. As the storm circled above Albany, its clouds covered as far south as the Carolinas to as far north as Hudson Bay. According to The Weather Channel, more than 2 inches fell upon Delmar. Surrounding areas received as much as 4 inches.

“Our sewer and stormwater systems are separate, but when heavy rains fall, the water pressure in the saturated ground is so great that stormwater is forced into the sewer system through gaps in old pipes,” said Town Supervisor David VanLuven, “such as the 80-year old clay pipe running from my house to the sewer main.”

The pressure at the town’s treatment plant multiplied fivefold. Where the average volume flows at 167,000 gallons per hour, the town said it was handling as much as 833,000 gallons. VanLuven equated a gallon of water to the size of a basketball. At the storm’s peak, “14,000 basketballs [were] flowing into the plant every minute,” he said.

The plant was at the receiving end to more than just a deluge, there was also debris. Caulk, pipe lining and other material can break away in such storms. The material can collect and choke off the flow of water through the gates at the plant. Kansas said his five-person crew had to cut off the flow to dislodge debris from the gates, diverting water to the new reservoir. Both VanLuven and Kansas said their effort prevented storm runoff from the town’s system leaching into the Hudson River.

“This was a monumental accomplishment, and a testament to the dedication and hard work of our wastewater management team,” VanLuven said.

Isaias spun itself out over Quebec two days later. The storm was estiamted to have caused over $4 billion in damage in the Northeast United States, making it the costliest tropical cyclone since Hurricane Sandy in 2012.

Once the place of nightmares for Mom, a tattoo studio is the ‘safest place’ to be