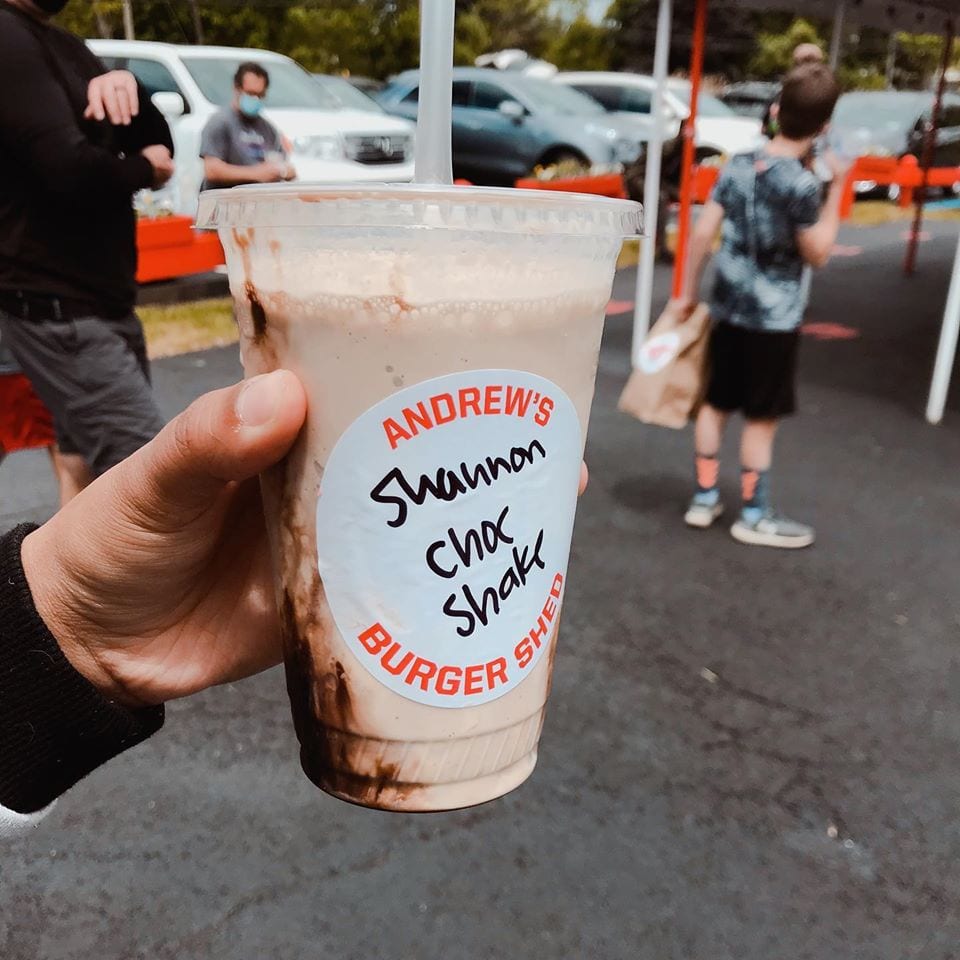 Andrew's Burger Shed operates on a takeout basis and its menu options are inexpensive, making it an ideal destination for the summer despite the pandemic. Facebook

SLINGERLANDS — Locals can now enjoy Andrew’s Burger Shed, a new outdoor eatery that opened on June 4 and feels ready to serve customers despite the COVID-19 pandemic.

Located at 1342 New Scotland Road in Slingerlands, Andrew’s Burger Shed is owned by Dave Swift who also owns the Swifty’s Restaurant and Pub, which has locations in Delmar, Utica and Albany. “It can be challenging running both but it’s also been rewarding,” Swift said. “We put in so much hard work and want to put smiles on people’s faces.”

Its menu options range from just $1.25 to $7, making it an inexpensive and ideal local destination for the summer.

According to its Facebook page, its hours are Monday to Saturday from 11 a.m. to 9 p.m. and Sunday from 12 noon to 8 p.m. Swift said it is a family-owned business, he employs around 10 people and it accepts cash and credit card payments.

Since first opening, Swift expressed surprise and gratitude for the huge turnout and how the vast majority of customers have worn masks. “It’s exceeded my expectations and I think people just want to be outside but still socially distance themselves. They have the choice to do that here.”

When asked how he can run Andrew’s Burger Shed amid COVID-19, Swift said, “We’re trying to be smart about it. We have sanitizers at our order table and my employees are constantly monitoring and wiping the tables. It’s essentially a pick-up-and-leave kind of place.”

He added that customers would walk up to its window to order, pay and collect their items. There are footprint markers on the ground to remind customers to stay six feet apart from one another while waiting in line. Picnic tables on a lawn behind the shed are also available where customers are encouraged to continue maintaining social distancing.

He also said he is working on setting up an online ordering app for the eatery which should be available soon.

Swift explained that the eatery’s name came from one of his two children — his 12-year-old son, Andrew. “My son and I have been doing this burger challenge for the last five years now where we eat and rate burgers at places and chains like Sonic, Five Guys and Wendy’s,” he said. “We also talk about opening up our own burger shed. I love a good burger and like to short-order cook; I’ve always had a passion for that.”

He joked that since the shed opened, Andrew “comes in with his iPad and just plays Minecraft” instead of technically working there.

Swift pointed out that all of the burgers’ names have special meanings to them. For example, The Dentist — a burger with creamy bleu cheese, arugula, pickled onions and avocado — is a reference to how his daughter is currently attending dental school in Las Vegas. Also, the Chubby Lane — a burger with jalapenos, cheddar cheese and mayonnaise — is a reference to how his late father used to work at a burger place somewhere in Connecticut whose owner was named Chubby Lane.

He said his father probably worked at that burger place sometime in the 1960s and mentioned that classic Hollywood actor Paul Newman (1925 – 2008) was one of his regular customers.

Andrew’s Burger Shed replaces the decades-old Ross’s Ice Cream and Hamburger Stand, and Swift said he has a seasonal lease on the property that lasts for five months; he will have the option to renew it in September. He is leasing the property from the Treffiletti family who owns it since 1992; Christina Treffiletti ran Ross’s Ice Cream and Hamburger Stand.