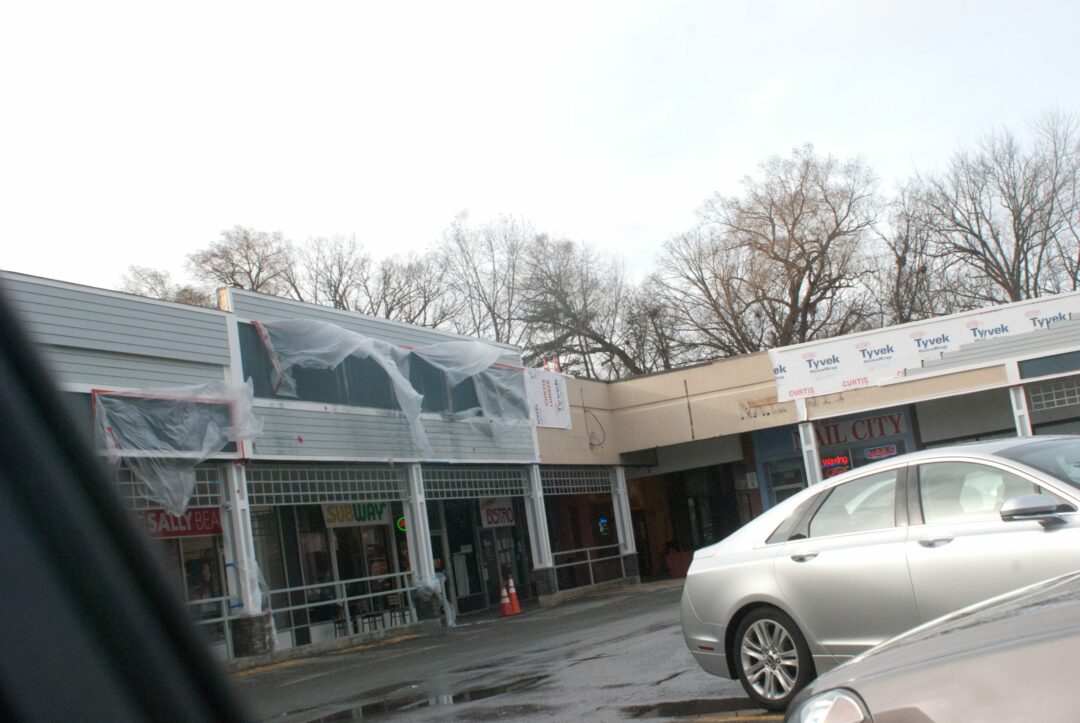 BETHLEHEM — Work continues on upgrading the exterior facades at Delaware Plaza, a project its managing director hopes will not only rejuvenate its physical appearance, but attract more customers and new tenants as wel.

The modern-looking design, by Albany-based architect Daniel P. Sanders of Harris A. Sanders Architects P.C., calls for hardi-plank siding. Hannaford will remain untouched as its facade already underwent a makeover in 2012.

According to the plaza’s managing director Debbie Nolan Murray, the construction which began in August, “…should’ve been done by now, but we’ve ran into so much weather this past month.” She added that the strip mall’s sidewalks were supposed to be redone too, but for that same reason, “we have to wait until the spring now to finish them.”

While she said that the both the town’s government and chamber of commerce have “very much so” supported this project since spring, she declined to disclose the project’s overall cost.

To keep Delaware Plaza competitive and attractive business-wise too, Murray said that she believed whenever tenants are searching for a new space, they likely go to the one that’s more current and up-to-date to customers.

“We’ve had some tenant interest since the upgrades began,” she said.

Overall the project would increase convenience for the 30 businesses at the plaza, she concluded, “as we’re a neighborhood shop center and we have lots to offer and lots of stores here. We’re anchored by Hannaford, stores, banks and restaurants.”

Delaware Plaza is located at 180 Delaware Ave. in Delmar.

LETTER to the EDITOR: Thank you for your support