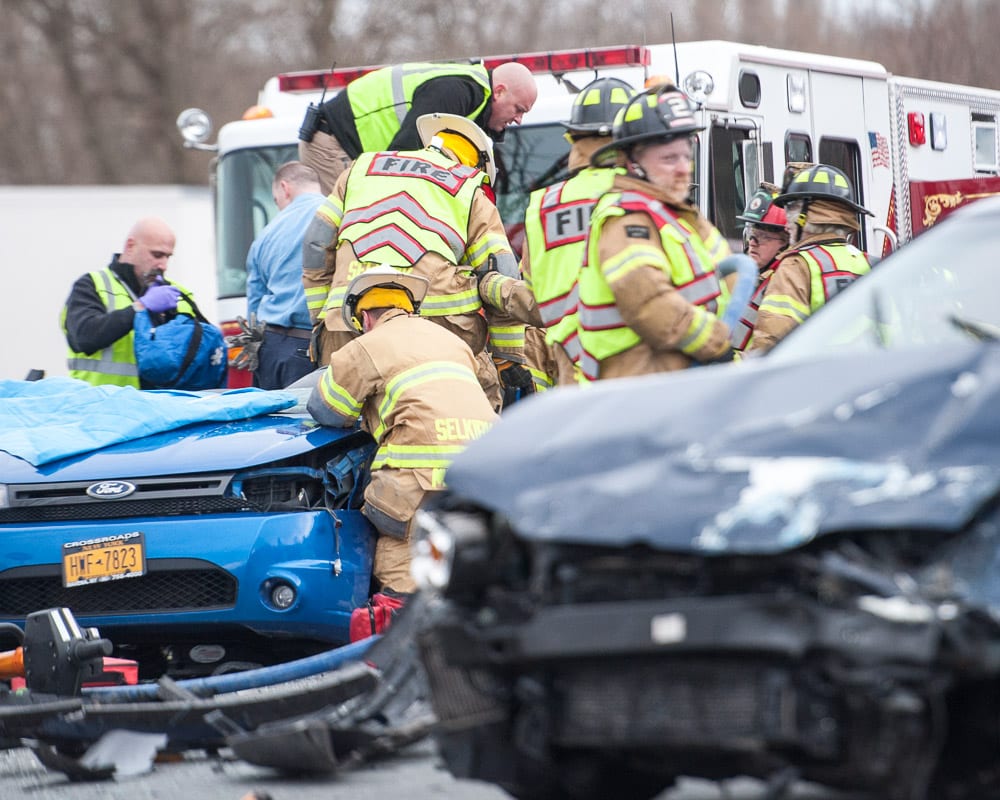 This story has been updated with charges filed against one of the drivers. Read it here.

GLENMONT – An accident at the intersection of Glenmont and River roads sent four people to the hospital on Tuesday, April 17.

The extent of the injuries have not been determined, said Commander Adam Hornick.

The Selkirk firefighters used the jaws of life to extricate the driver of the Focus from the vehicle.

The circumstances of the crash are still under investigation and police are requesting any witnesses to contact them at 518-439-9973.

Delmar-Bethlehem EMS and Albany County paramedics were also on the scene along with Bethlehem police and the Selkirk Fire Department.

More information as it becomes available. This story has been updated with charges filed against one of the drivers. Read it here.