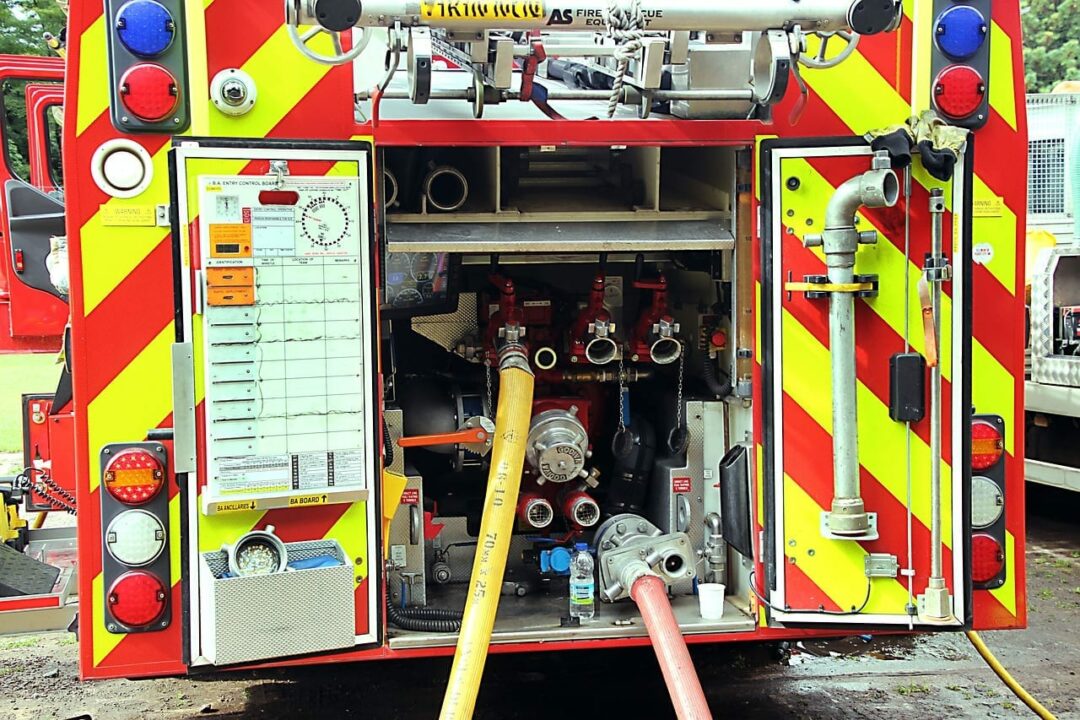 DELMAR — No injuries were reported after multiple firehouses responded to a structure fire near the Four Corners shortly after noon on Saturday, March 24.

Fire units from Delmar, Elsmere and Slingerlands fire departments responded to a fire at 388 Kenwood Ave. in Delmar at approximately 12:15 p.m. According to a report from Bethlehem Police, the building was “actively involved in a working fire.”

The two-story building contains two businesses — Hannigan Law Firm and Merriman & Pfister Artisan’s Marketplace — on the first-floor and a second-floor apartment. Police state the gift shop was opened for business, but the law firm and apartment were unoccupied at the time.

The cause of the fire is under investigation.