Lynne Lenhardt to leave BCSD board 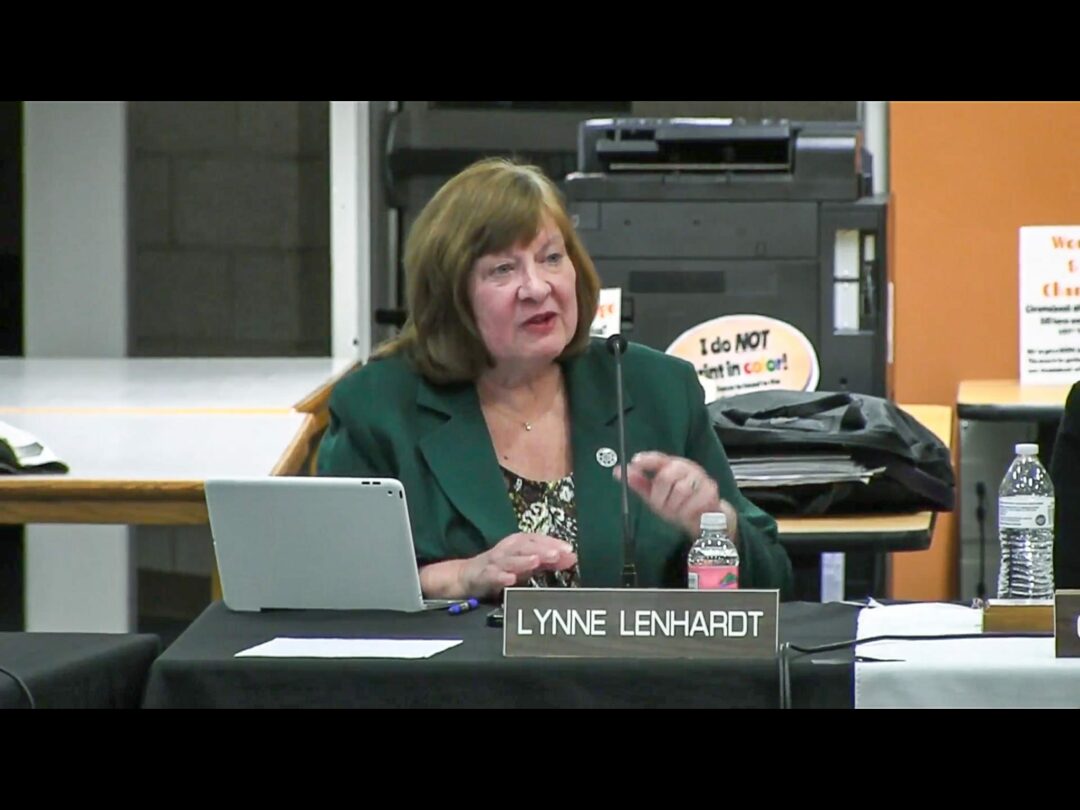 BCSD board member Lynne Lenhardt reminisces about her time on the board during the March 7 meeting, after she announced that she will not run again. (photo submitted)

BETHLEHEM—Longtime BCSD Board of Education member Lynne Lenhardt was recognized for her service to public education during the board meeting on Wednesday, Feb. 28—before she announced that she will not be seeking re-election to the seat she has occupied for the last 30 years.

Tim Kremer, executive director of the New York State School Boards Association, presented the entire board with a plaque for supporting Lenhardt, who served as NYSSBA’s president and on its board of directors during her time on the BCSD board.

“Our organization is challenged with a lot of issues these days,” he said. “And we call upon people like Lynne and our members to help us think through things having to do with public education and standards and curriculum and testing. Things like school safety, mental health issues, drugs and opioids, staffing issues, budgetary issues, taxing issues, community relations. These are complicated times and if anyone thinks that it’s easy to be in your seat, they’re dead wrong.

Later in the same meeting, Lenhardt made the announcement that she will not be seeking re-election to the board. “This is my 30th year,” she said. “I’ve served for ten terms. That’s a long time. I’ve seen staff come and go: we hired them, they retired, and I’m still here.” She laughed. “So I figured it’s just time.”

Lenhardt reminisced and commented on the many changes she’s seen in her time on the BCSD board, such as increased security measures and new mental health concerns. She said she initially ran on reducing class sizes in the district, at a time when her children were still students. “It took some time,” she said, “and we did reduce class sizes.” Her children may not have benefited, she said, “But when you serve on a board, you’re serving the whole community, not just your own interests.

“I want to thank the community for supporting me for those ten terms,” she said. “I appreciate the fact that they were willing to keep me here for all this time. And I hope that people will come out and try and serve the board.” She noted that the job can be both rewarding and frustrating, but said, “It’s important. We have a great community and we want to prepare our students the best way we can for the future, so I hope people are interested in taking out a petition and running for the board.”

Other board members expressed their appreciation for Lenhardt’s service, and she received a round of applause from those in attendance.

“It is a tremendous loss for the Bethlehem school board that you won’t be returning,” said Board President Christine Beck. “Your knowledge is irreplaceable and I have your phone number, so that doesn’t mean you’re off the hook when we need to know something.”

“I have email too,” said Lenhardt, smiling.