The Chamber: Connecting Our Community

For 60 years, that’s been the No. 1 offering of the Bethlehem Chamber of Commerce.

Today’s Chamber grew out of the Bethlehem Businessman’s Group, which had a strong focus on the Four Corners. For the past six decades, it has strengthened the town by providing a place for businesses to come together. 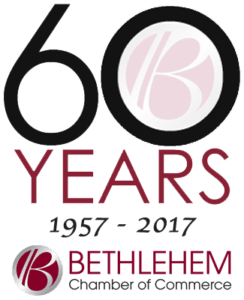 “The Chamber let business people meet each other, and do business with others,” said Marty Delaney, who was president of the Chamber from 1986 – 2010. “We focused on growing membership, helping businesses relocate, and letting them make connections.”

Before Delaney became president of the Chamber, there was an office with a part-time staffer to answer phones.  Delaney led the Chamber as it grew from about 350 members
to 650.

“Those were high times,” Delaney said. “People were excited about business and investing.”

The Chamber is a resource that’s often the first stopping point for businesses just starting out.

“We could give advice and a little background to new businesses,” Delaney said. “Sometimes we could identify a problem, and help solve it.”

In 2000, for instance, a landslide on the eastern end of Delaware Avenue closed the bridge into Albany. The Chamber, Town Hall and police all worked together to keep things going. A grant from then-Assemblyman John Faso let businesses advertise and provide direct mail so people knew they were still open. DOT’s lighted signs made travel easier. When the road re-opened, then-Gov. George Pataki cut the ribbon.

“We were a little old Chamber of Commerce in little old Bethlehem,” Delaney said. “But look what you can pull off if you just try.”

“We are often a sounding board,” past president and longtime member of the Chamber of Commerce Greg Turner, president of Burt Anthony Associates, said. “We can’t always take a position on things, but we can allow the membership to express their views and agenda.”

Turner said the Chamber has benefitted the 55-year-old business that Burt Anthony began in his living room in Unionville.

“The contact with other businesses and the networking have been helpful,” Turner said. “Being part of the Chamber has also been something that has assisted my clients as they establish and expand their businesses.”

A strong and well-connected business community has enhanced the whole community, Delaney and Turner both said. That’s something Jennifer Kilcoyne, president of the Chamber since 2010, has continued.

“When I first came on board, I made a concerted effort to engage the community,” Kilcoyne said. “Bethlehem is a very tight-knit community, and the residents want to buy local.” 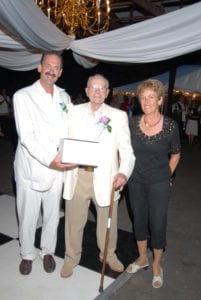 There’s also the Shop Bethlehem gift card program, which offers a gift card good at more than 35 local businesses. And Restaurant Week, which offers a 3-course meal at many local restaurants, priced according to the year.

Today’s Chamber continues to offer a benefit that was a big draw in the days before the Health Exchange: health insurance.

“A lot of Chambers opted out of carrying health insurance,” Kilcoyne said. “But we kept it, and have a part-time benefits administrator that people can sit down and talk with, face-to-face.”

Kilcoyne and Delaney are also proud of the events that the Chamber has been part of, or has led, that bring businesses and community together.

“I sit on a lot of committees,” Kilcoyne said, naming First Night Bethlehem, Art on the Rail Trail, and the Turkey Trot.

“Chamber members really grew the Memorial Day Parade, starting with the 50th anniversary in 2007, when we borrowed a ’57 Chevy to be in the parade,” Delaney said. “There was the Bicentennial Parade in 1993, Feestelijk, the midnight releases of the Harry Potter books, the Four Corners re-do, and of course, the clock at the Four Corners.”

“They’re a nice recognition for local people,” he said. “At the annual dinner, we recognize the business person of the year, and give a community service and lifetime achievement award.”

What does Kilcoyne see for the next 60 years?

“We have hundreds of members to thank,” she said. “We want to continue to serve the chamber membership and the community.”

The above article from Kathy McCarthy appears special to The Spotlight. McCarthy served The Spotlight for several years as a New York Press Association Award winning columnist and as Editor in Chief.

Madison Theater will potentially change hands, and its current owner wants you to be excited

EDITORIAL: Dreaming of a White Christmas

EDITORIAL: Dreaming of a White Christmas