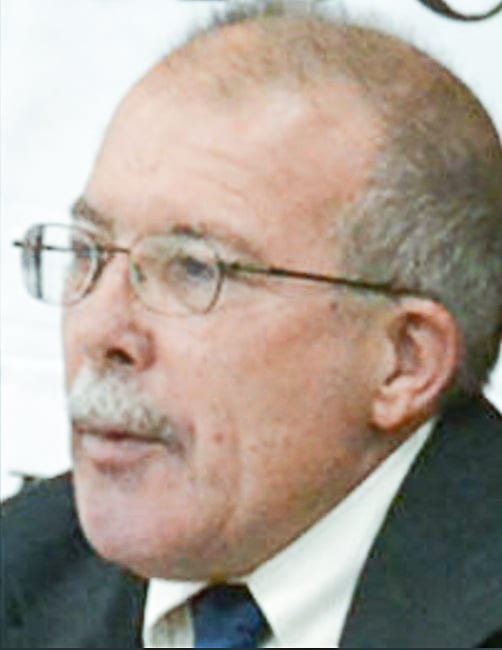 BETHLEHEM — Town Board candidate George Harder, one of the two men who brought a lawsuit that ejected two of his fellow Democratic Committee members from the Democratic ticket this fall, and prevented a primary election, said that he is challenging party leadership in Bethlehem because he is “fed up.”

“The Working Families Party anarchists who have infiltrated the Bethlehem Democratic Committee hate me and I welcome their hatred,” he said. “I stand up for ordinary citizens of all political affiliations and those who are unaffiliated with a party. I fight back against deceit and corruption in government.”

Harder said that he’s unhappy with “the rampant overdevelopment” in Bethlehem and accused Supervisor John Clarkson of manipulating assessments and overtaxing residents. “I am fed up with building policies that fail to enforce zoning regulations and progressively make our town a less desirable place to live,” he said. “I am fed up with wasteful spending by Working Families Party Democrat Mr. Clarkson on unnecessary projects, on little-show top town jobs and on undeserved huge pay raises for department heads.”

The son of an FBI agent and brother of eight, Harder was born in Albany, and lived in Kentucky and California before moving to Delmar in 1961. Once his father retired from the FBI, he started a law practice and became involved in Albany County politics. Harder said that his father inspired him to become involved in politics at a young age.

After graduating from The Albany Academy, Harder attended Cornell University for Engineering and then went to Siena College for Business. He worked for the New York State Division of Lottery for 14 years, and the the Department of Tax and Finance for 20. After retiring in 2010, he now helps his sister out at her shop, Merriman & Pfister in Delmar, part-time. From 2012 to 2015, he served on the town Zoning Board of Appeals.

Harder has run for office in Bethlehem five times, unsuccessfully. Four times, he said, he lost to long-time entrenched Republican candidates. A fifth time, he said he ran as a write-in candidate to give voters a choice.

Unable to secure the committee’s endorsement in this election, Harder went out into the community and gathered enough petitions to appear on a primary ballot in September against the Town Board candidates endorsed by the Bethlehem Democratic Committee, Dan Coffey and Maureen Cunningham. After a shift in the party’s slate of candidates resulting from Brent Meredith’s announcement that he would not be running for re-election, Harder and Dan Morin, who is running as a Democrat for the Highway seat, became aware that the committee filled out paperwork incorrectly and filed the lawsuit that tossed Coffey and Giles Wagoner from the Democratic ticket.

Committee members have criticized the move, saying that Harder and Morin deprived Democratic voters in Bethlehem of having a choice in a primary election. The vast majority of the committee has chosen to continue supporting Coffey and Wagoner, who will still appear on the ballot in November — but only on the Working Families Party line.

“I brought a lawsuit against my counterpart to protect the rights of all candidates in New York state,” Harder said, “and because any invalid filing at the Board of Elections needs to be challenged.”

To criticisms from fellow Democrats accusing Harder and Morin of having inappropriately close ties to certain members of the Republican party in Bethlehem, Harder said that he has no relationship with the party, other than trying for years to defeat its candidates. “I have lifelong friends that happen to be Republicans, but I do not hold that against them,” he said.

During a recent election to replace Coffey as the first vice-chair of the committee, however, Harder nominated former Republican Jared King. King was a member of the Albany County Republican Committee until 2013, when he was found to be a resident of Greene County.

“I nominated Democrat Jared King to be an officer of the Bethlehem Democratic Committee because our committee needs new, honest leadership,” Harder said, adding that he feels questions about King or his relationship to the GOP are irrelevant to his campaign.

Harder said that he has worked for decades to get Democrats elected. “I have worked tirelessly to elect Democratic candidates, including Senator Breslin and Assemblymember Fahy, for longer than some Bethlehem Democratic Committee members have been alive.”

Asked what he hopes to accomplish on the Town Board, Harder said that he would advocate for legislation that would regulate property assessments, basing them on an average value per square foot and only reassessing values when a property is sold, “rather than as is done under the current capricious assessment system.” He suggested that the legislation would also promote the preservation and protection of open spaces in town. “It will stabilize the unnecessary tax burden on undeveloped land and agricultural land,” he said, “lowering its carrying cost over time, allowing property owners to maintain it as open space instead of being forced to sell it to multifamily property developers.”

Harder also said he would urge legislators to pass a law allowing senior citizens to opt out of paying school property taxes, and help revise the town’s comprehensive plan and zoning code. “I was a Zoning Board member for four years,” he said, “trying to maintain quality of life through enforcement of zoning regulations.“

In addition to his political endeavors, Harder is actively involved with his church and has served as a youth group leader for 20 years, as well as helping prepare young parishioners for confirmation. He said that he has led service projects, traveled to West Virginia and Kentucky with church youth to build homes for families in need and has visited Mexico twice to help a struggling parish. “I have traveled to many countries, experienced various cultures,” he said, “and learned to appreciate the differences in people.”

He was especially affected by the trips to Mexico, he said, calling them “deeply troubling and moving.” He described helping to wash floors and doing laundry by hand in a facility that housed the elderly and children, many of whom suffered from mental or physical disability. “The children just wanted to play or be hugged,” he said.

Harder said that he’s disappointed with current party leadership in Bethlehem. “Many on the committee hate that I recognize their Working Families Party agenda and their tolerance of the Clarkson administration’s incompetence, dishonesty and cronyism that causes genuine harm to Bethlehem taxpayers,” he said.

“For example,” Harder continued, “the [BDC] Executive Committee’s treatment of Dan Morin, who courageously brought to their attention Joanne Cunningham’s husband’s [Brent Meredith] self-serving, absentee, unresponsive, top-heavy ‘leadership’ of the Highway Department is abhorrent.” He went on the criticize the committee for not endorsing Morin over Meredith and, when Meredith declined to run late in the game, for not offering its endorsement then either.

While he is unhappy with the state of the BDC, Harder said that his favorite thing about Bethlehem is the residents. “Particularly the Democratic voters,” he said. “Many of whom I have been blessed to come to know. For them, I am willing to tolerate the abuses, illegalities, and possible crimes . . . of [BDC Chair] Jeff Kuhn and Dan Coffey.

“The wicked few must no longer be allowed to rule the righteous many,” he said, “so I encourage a record turnout of voters to decide who will represent them.”