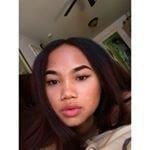 The Bethlehem Police Department is currently investigating a reported missing person. Deborah Joy-Loay Trout, 16, was last seen by family members on Tuesday, May 30. Trout attended school at the Ravena-Coeymans- Selkirk High School on Tuesday, returned home after school, and has not been seen or heard from since. She is described as an Asian female, 5’ 2”, 120 lbs., black hair, brown eyes, and was last seen wearing a black and white striped shirt, dark colored sweatpants and black sneakers. Trout has friends in the City of Schenectady and is believed to be in the Schenectady area.

Anyone with information on Trout’s whereabouts is asked to contact the Bethlehem Police Department at (518) 439-9973.