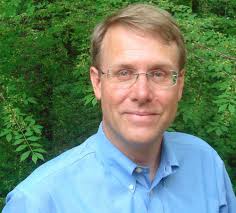 BETHLEHEM — The Bethlehem Democratic Committee (BDC) has announced its political endorsements for the town-wide election this fall.

During a public committee meeting at Bethlehem Public Library on May 11, party officials announced their support of Town Board Member David VanLuven for Town Supervisor, as current Supervisor John Clarkson has decided not to seek re-election to the office.

Presumptive Republican-endorsed candidate Jim Foster has already begun lobbing public criticism at VanLuven, most recently in response the the board’s approval of a plan to reassess residential property values. GOP endorsements will be announced at Town Hall on the evening of Thursday, May 18. The party is hoping to regain some representation on the exclusively Democratic Town Board.

After “extensive interviews and vetting,” the following Democratic endorsements were also announced:

Below are brief bios on each endorsed candidate, as published on the BDC website.

Since joining the Town Board in 2016, David VanLuven has fought dangerous pipelines, advocated for town employees, worked to better guide residential development, and built bridges across political divides. Professionally, David has led a variety of programs with environmental nonprofits and state agencies where he forged strong teams, navigated shifting politics, managed complex budgets, and raised millions through grants and appropriations. Today, he is a strategic planning consultant for nonprofits and government agencies across the Northeast. David, his wife Isabelle Bleecker, and his three daughters live in Delmar. David has a BA from Middlebury College with a double major in Religion and Arctic/Alpine Ecology (for which he did his thesis research 130 miles north of the Arctic Circle), and a joint M.S. from Tufts University in Urban/Environmental Policy and Biology.

Maureen Cunningham currently serves as the Executive Director of the Hudson River Watershed Alliance, a regional network working to ensure clean and abundant water supplies by partnering with community groups and local municipalities throughout the region. Through this work and over 20 years of experience, Maureen has developed a solid record in establishing strong partnerships and cultivating successful relationships with local government, business and nonprofit leaders. A native of Upstate New York, Maureen lives with her husband, Paul Miller, and two young sons in Delmar. Driven by a personal belief that positive and lasting change begins at the local level, Maureen is an active volunteer, having served on the Friends of Five Rivers Board of Directors since 2011 and having led several PTA initiatives at Hamagrael Elementary School, including launching their popular Walk to School and Bike to School events. She has also served on various Town of Bethlehem committees such as the Bike and Pedestrian Committee and the Open Space Working Group, and currently is a member of the Local Waterfront Revitalization Advisory Group and the Conservation Easement Review Board. A graduate of Yale University and The American University, Maureen earned her master’s degree in Environmental Management and a Bachelor of Arts in International Studies. With a passion for the many community benefits and resources that the Town of Bethlehem has to offer, Maureen is committed to ensuring that we remain a diverse, welcoming, healthy and thriving place for residents, families and local businesses.

Giles Wagoner was born and raised in Bethlehem and has lived here his whole life. He has a long history of service to the town and country. Giles served in the military for 24 years and is also a retired airline Captain. He was elected to the Bethlehem Town Board in November 2016, and has served on the board since January 2017. His vision for the future is a community of attractive residential neighborhoods, vibrant hamlets, successful mixed-use commercial centers, modern industrial facilities, and productive rural lands. The high quality of life in the town is a result of the balance of suburban and rural settings. Giles believes we can strive to preserve open space while maintaining the special character of the town and keeping it an affordable place to live and raise a family. He also believes that we should encourage business and industry in areas where it fits and provide incentives to landowners willing to forgo development. It’s also important to monitor aging infrastructure to ensure residents continue to enjoy vital services. By serving on the Town Board, Giles strives to respond to the needs of the people of Bethlehem and keep up with current issues.

Nanci Moquin has been a resident of Bethlehem for 26 years. Prior to working for the Town she was employed by Cornell Cooperative Extension as an office manager and Program Educator. She holds a paralegal degree and assistant appraiser license. In 2003, Nanci started working for the town as an assistant to the Planning Board and Zoning Board, changed her focus, and won her first term as Town Clerk in 2010. Nanci is now seeking her 5th term.

Judge Andy Kirby has served as a Bethlehem Town Justice since January 1, 2014. During that time, he has handled more than 20,000 criminal, vehicle and traffic, and small claims cases. He also manages the court staff, ensures that all moneys collected by the Bethlehem Town Court are properly accounted for and remitted, and acts as a co-department head with regard to budgetary, planning, personnel and other town government issues affecting the Bethlehem Town Court. In addition to his scheduled judicial duties, Judge Kirby is on call 24 hours a day for two weeks each month, during which he is often called upon to conduct arraignments, to hold preliminary hearings, to review search warrant applications and to issue orders of protection in cases involving domestic violence. Prior to his election as Town Justice, Judge Kirby served as a Bethlehem Town Prosecutor for nearly 10 years.  He holds a BA from the University of Richmond majoring in History and Economics, and earned his JD degree from Pepperdine University School of Law. Judge Kirby is the owner of Conway & Kirby, PLLC; a civil litigation law firm in Delmar. He has been a successful trial lawyer for more than 20 years. Judge Kirby lives in Delmar with his wife Amy Conway and their three children. He frequently volunteers as an assistant coach for his children’s athletic teams, and is a fan of their musical and artistic endeavors. He also enjoys cycling and golf.

Brent Meredith is seeking his third term as Bethlehem’s Highway Superintendent. Under Brent’s leadership of the Highway Department, the town has improved roadway safety, built new sidewalks to improve the walkability and safety of pedestrians, instituting traffic calming measures, and continued the highway department’s successful track record of snow removal, curbside leaf and brush pickup, maintenance of the Town’s many parks and recreational areas, support for beautification efforts, access to free, high-quality mulch for all residents, household hazardous waste, administration of the town transfer station and recycling efforts and much more. In addition, over the course of Brent’s tenure, the Highway Department has delivered budget savings of $1.3 million, by effectively managing overtime and department operations. Brent, with a background as a Professional Engineer, an Engineer Officer in the Army National Guard and extensive federal government engineering experience, provides leadership and management of the town’s infrastructure and Highway Department operations. Brent, a 17-year Bethlehem resident, is married with four children. Brent is a visible and active community member as a youth sports coach and school district activities volunteer.

The primary will take place ‪on September 12 and the general election ‪on November 7. For information about voter registration, please visit: http://www.elections.ny.gov/VotingRegister.html or register online at https://voterreg.dmv.ny.gov/MotorVoter/.

Search extended for Town of Bethlehem Planning Board and Zoning Board of Appeals members, reply by May 26