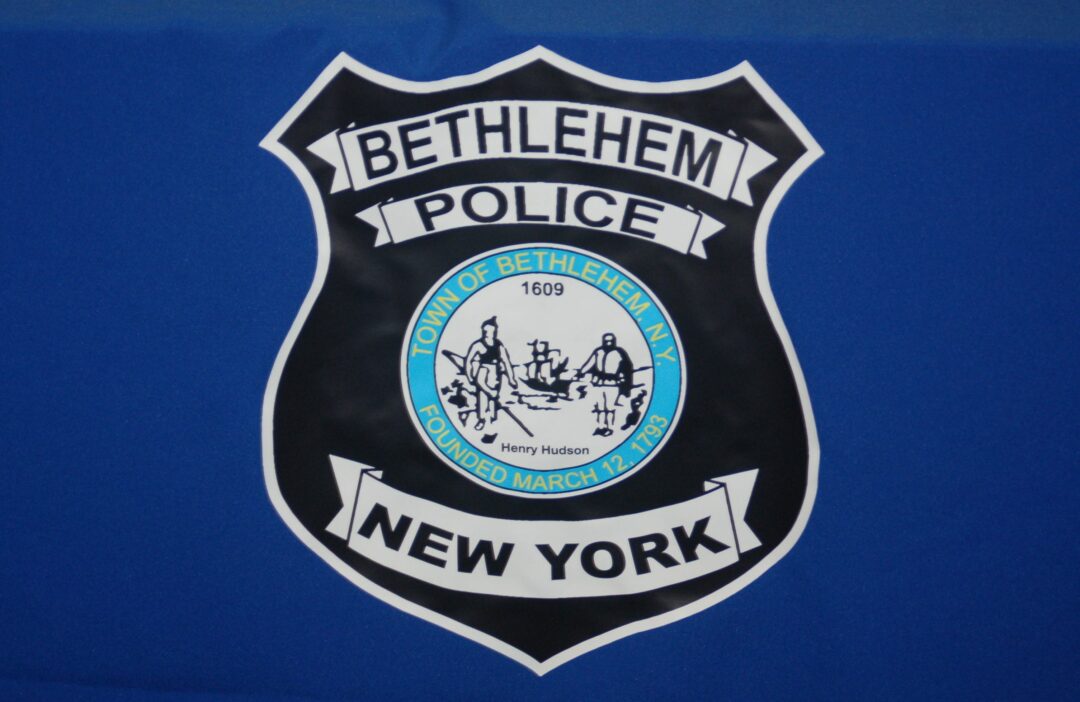 BETHLEHEM — During a brief ceremony at the Town of Bethlehem Court on the morning of Thursday, May 11, officials honored eight Bethlehem police officers for outstanding service in 2016.

The event was in recognition of National Police Week, which technically begins the week of May 15 according to the Fraternal Order of Police, but is being celebrated a week early by municipalities around the country, including Albany and Washington D.C. — both of which began the week with commemorative events dedicated to fallen officers.

BPD members were awarded for specific acts that resulted in the saving of lives, the apprehension of unlikely criminals and the safe return of man with Alzheimer’s.

More information on award recipients and the acts for which they were honored below.

Awarded for an act performed in the line of duty, which through disregard of personal safety or prompt and alert action, results in the saving of a life

On Monday, June 13, 2016, the Bethlehem Police Department received a report of a woman down in the rear of Delaware Plaza.

Telecommunicator Willard provided Emergency Medical Dispatch information to the caller, a passerby, who began CPR. Upon arrival of Delmar-Bethlehem EMS and Albany County paramedics, CPR was continued and the woman regained a pulse and spontaneous respirations on the scene. The woman was subsequently transported to Albany Medical Center Hospital and released within one week, with little to no deficit as a result of the incident. If not for the calm technique and clear set of instructions, the promptness of quick CPR would not have been possible and the outcome would not be what it is today.

On Wednesday, June 22, 2016, Officer Ryan VanAmburgh was off- duty traveling on Interstate 787 in the City of Albany. He observed a vehicle on the side of the road with a passerby conducting CPR. Officer VanAmburgh stopped to assist with CPR and lifesaving measures until the arrival of State Police and Albany Fire Department Paramedics.

Due to the quick actions of Officer VanAmburgh and the others that stopped to help that day, the woman was released from the hospital within one week, and has made a full recovery. If not for his willingness and desire to help others, even when off-duty, the outcome may not be what it is today.

Awarded for a highly unusual accomplishment under adverse conditions with some degree of hazard to life and limb to the nominee, or where death or injury to a third party is prevented

On Wednesday, June 22, 2016, Detective Chad Rice was off-duty in the Town of Colonie shopping. Detective Rice observed an incident with two subjects fleeing from an in-progress larceny. At this time he covertly followed the suspects and relayed information to the Colonie Police communications center. Even after police arrival Detective Rice assisted them as he observed the two suspects split up. This included helping locate one suspect who had entered an occupied, uninvolved vehicle in the Target Parking lot. Further, he entered Target and was instrumental in helping to locate the second suspect inside the store. Detective Rice conducted himself in a safe and professional manner and worked to assist in this apprehension for a crime that may otherwise have gone unsolved.

On Tuesday, May 24, 2016, these members responded to a report of a possible burglary in progress in a residential area in Selkirk. Upon arrival the members were able to establish a perimeter without the suspect noticing their presence. Then the members were able to make a tactical entry into the residence and locate the male suspect destroying property in the house with a large sharp object. Due to the teamwork and coordination of the members on the scene, the subject was taken into custody without incident.

March 24, 2016, Clerk Andriano was working in records and monitoring police calls on the radio. Clerk Andriano heard a call about a possible missing person with Alzheimer’s who was wondering the side streets in old Delmar. After leaving work at the end of her shift, Clerk Andriano was running errands in Delmar and observed the lost individual, she stopped to help the man and called police communications. If not for the attentiveness of Clerk Andriano during her shift and her willingness to get involved after leaving work, the outcome may not have been as fortunate as it was on that day. The subject was returned to his family without injury or incident.