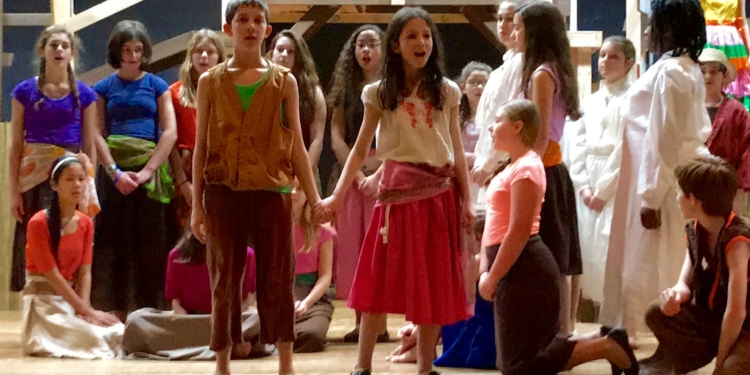 Nearly 75 actors and another 75 student crew members at the Bethlehem Central Middle School have been busy preparing their upcoming musical, Once on This Island, Jr., which will take place at the middle school — at 332 Kenwood Avenue — on Jan. 26, 27 and 28 at 7 p.m., with a matinee performance at 2 pm on the 28th.  In the event of cancellations due to weather, there is a snow date make up performance scheduled for 2 pm, Sunday, Jan. 29th.  Tickets are $5 for students and seniors and $8 for other adults.  Tickets are available to the public in the lobby of the Middle School Saturday, January 21 from 10 a.m. – 12 p.m. and beginning 90 minutes prior to each performance in the upper gym of the school, just off the main lobby.

Highlighted by catchy songs and dances, the musical tells the story of an island population starkly divided by social class, but ultimately brought together by the powers of love and healing of an orphaned peasant girl, Ti Moune, played by student Frances Johnson.