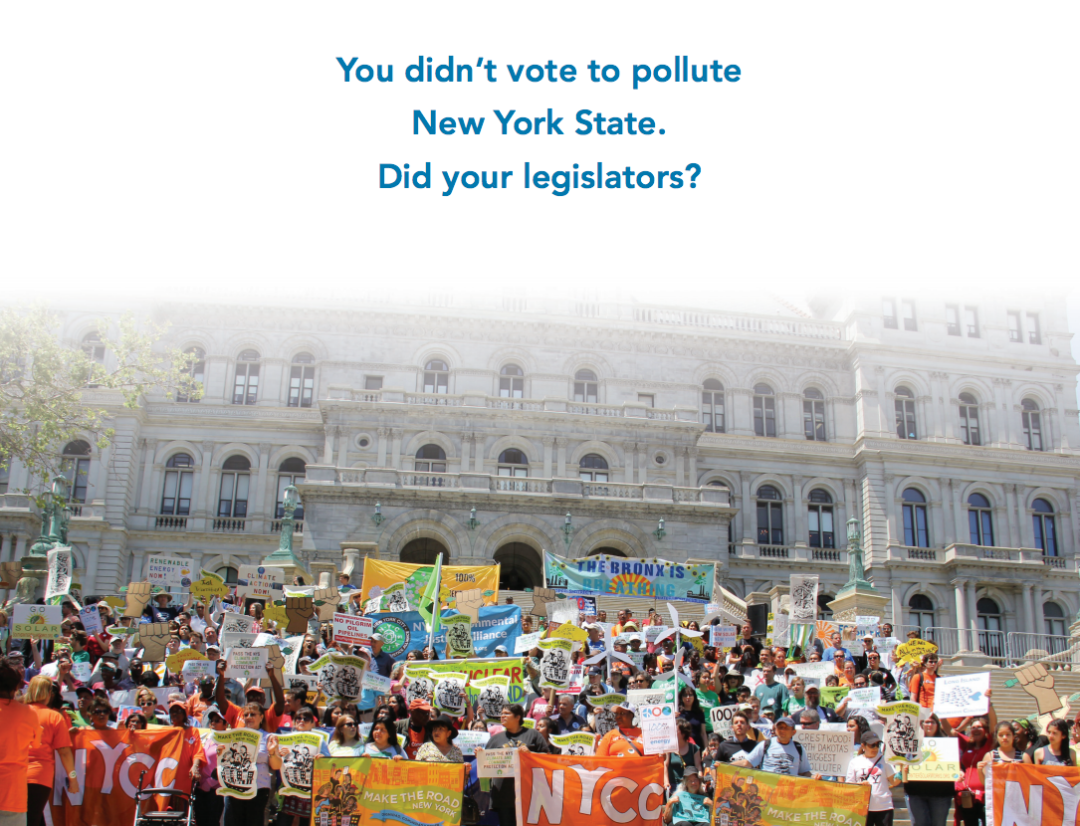 Senator Neil Breslin (D-44) stood out as an environmental advocate, earning the highest Senate score of 92 points, up 11 points from last year, for voting consistently in favor of environmental protections and co-sponsoring legislation such as the Child Safe Products Act (S.5995) and Closing the Hazardous Waste Loophole (S.884). By comparison, freshman Senator George Amedore (R-46) also landed at the bottom with 57 points, boasting an environmental voting record identical to that of Marchione and Farley. All three legislators supported lowering the cost of fees for commercial pesticide application (S.5477); duplicating studies and stalling progress on the Public Service Commission’s (PSC) Reforming the Energy Vision (REV) initiative (S.5131); and requiring the Public Service Commission (PSC) and New York Energy Research and Development Authority (NYSERDA) to obtain the approval of the Public Authorities Control Board for fluctuations in the amount of funds collected to support clean energy programs and modifications to program spending plans (S.6724-B).

“As written,” said EANY of S.6724-B, which it has classified as a major detriment likely to result in “major or lasting” environmental damage, “this legislation would force New York to suspend its participation in the Regional Greenhouse Gas Initiative (RGGI), a market-based carbon cap and trade program designed to reduce climate pollution from power plants throughout the Northeast. Under RGGI, power plants are required to purchase allowances equal to the amount of carbon pollution they produce. The allowances are available through auctions held on a quarterly basis, and the proceeds are directed to NYSERDA for energy efficiency, renewable energy, and innovative carbon abatement programs. Since the free market determines the prices of carbon allowances, and by extension the amount of funds collected and directed to NYSERDA, at any given auction, the Public Authority Control Board will not be able approve a specific level of collections prior to New York’s participation in a RGGI auction, forcing the state to forego participation altogether.”

Local Assemblymember Phil Steck (D-110) earned an Assembly-high score of 95 points—tying with the Assembly’s Environmental Conservation Chair Steve Englebright (D-4) and 22 of his colleagues—while Patricia Fahy (D-109) and Angelo Santabarbara (D-111) earned 92 points each, and John T. McDonald (D-108) scored 90. All voted for groundbreaking climate action (A.10342), for legislation to protect children from toxic chemicals in their toys (A.5612-A) and lead in their water (A.10740), to reduce mercury in light bulbs (A.5844-A), and to address environmental discrimination against low-income communities (A.3063 & A.3382). McDonald, in particular, developed an impressive record this year, according to EANY, securing overwhelming bipartisan support for legislation to help residents in Hoosick Falls and other areas harmed by Superfund sites (A.9568-A).

Legislator of the Year was awarded to Englebright, who helped usher Assembly passage of groundbreaking climate action legislation now supported by a bipartisan majority of all state senators. A dubious Oil Slick Award was bestowed upon Senator Simcha Felder (D-17), who sought passage of legislation that would have prevented communities statewide from taking action to reduce plastic bag waste. Assemblymember Bill Nojay (R-133), from Western NY, became the first legislator to ever score in the single digits this year with a score of 7, after voting against environmental advocates on every issue identified by EANY, with the exception of two bills, currently waiting on Gov. Andrew Cuomo’s signature, that would require state agencies to post rulemaking information online in a clear and timely manner.

“New York is seen as a national environmental leader, and in many ways we are,” said Executive Director of EPL/Environmental Advocates Peter Iwanowicz. “However, that is often despite polluters and their allies in the legislature trying to roll back hard fought victories. This year, however, the state Assembly passed the most aggressive and innovative climate action legislation in the country – and we now have the support of a bipartisan majority of all state senators listed as cosponsors. 2017 is going to be the year for climate action, and we urge New Yorkers to review the Scorecard before entering the voting booth this November to determine whether their elected officials are looking out for them and are up to the task.”

“This session, Senator Marchione played politics with people’s lives,” he said. “When your elected representative cannot be counted on to protect you and advocate on your behalf, there is a serious problem. Senator Marchione’s behavior doesn’t pass the smell test, which became evident when her actions were thrust in the bright public spotlight, thanks to resident advocates in Hoosick Falls refusing to accept the status quo. In the future, she should take notes from Assemblyman McDonald, who had the courage and conviction to never waver from supporting the residents of Hoosick Falls.”

In total, seven green bills passed both houses of the Legislature during the 2016 session and six still await Cuomo’s signature. The most significant legislation, passed in the wake of the water contamination crisis in Hoosick Falls, has already been signed into law. Other bills on the docket would require testing for lead in drinking water at public schools, establishing a task force on ocean acidification as the result of climate change and getting mercury out of wheel weights.

Several important measures passed the Assembly and had a majority of Senate co-sponsors, but died in the state Senate – an outcome that EANY said occurred frequently when the Senate was guided by “the Dean Skelos playbook.” The former Senate leader was convicted in 2015 of using his position to stall legislation on issues like fracking waste and climate change based on the potential for his family to profit.

The NYS Climate and Community Protection Act passed the Assembly in June but was held up in the Senate Environmental Conservation Committee by Majority Leader John Flanagan and Chair Tom O’Mara.

“Continually in the Senate we see what’s best for the public interest superseded by what will reap the best returns for industry,” Iwanowicz said. “Just consider the debacle in the waning days of session where Senator Kathy Marchione torpedoed her own bill for Hoosick Falls after pressure from business interests who oppose being liable for compromising people’s health. The residents rose up, however, fought back, and ensured passage.”

The Scorecard report noted that the top three leaders in the state Senate – Senators Flanagan, John DeFrancisco, and Cathy Young – have openly challenged the science of human-made climate change and have received failing scores in multiple years. DeFrancisco, in fact, was the recipient of last year’s Oil Slick award.

(The EPL/Environmental Advocates 2016 Environmental Scorecard is the first and only record of New York State lawmakers’ votes on legislation that will affect the environment. The guide has been produced and distributed statewide for more than 40 years. For the complete Scorecard, visit www.eplscorecard.org.)