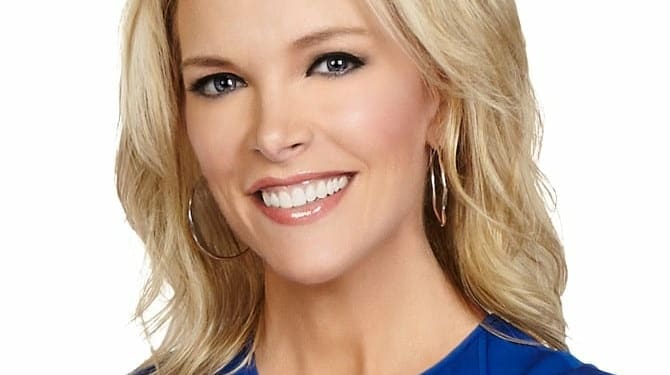 After Fox newscaster Megyn Kelly called out real-estate mogul and Republican front-runner Donald Trump for his past derogatory comments about women, the ensuing scandal became the biggest topic to come out of the debate.

“I just about jumped out of my seat when Trump went off into that narcissistic rant,” said Linda Kelly, a Delmar resident for over 30 years and mother of Megyn Kelly, in reference to Trump’s controversial comments after the question.

Post-debate Trump told television news crews that the question was “unfair” saying, among other comments, that Kelly had “behaved very badly” during the debate.

Later that night, Trump produced a total of over 30 tweets and retweets, sent between 2:30 and 4:30 a.m., proclaiming his and others’ negative opinions of Kelly’s performance during the debate and the Fox News network, which aired the debate.

Kelly, however, has largely declined to comment on Trump’s reaction.

“I didn’t raise my daughter to be a victim,” said Linda Kelly. “Her boss calls her about every day, but she’s been handling it all very well. She takes nothing. She learned that from her mother.”

The Republican debate has indeed turned Megyn Kelly into a topic of conversation across the nation. Whether you are one of the 423,000 views of her nightly news show or not, everyone, it seems, has an opinion of Megyn Kelly.

The fact that such a buzzed-about figure is from Delmar is something that some residents may be surprised to hear. Others, however, may remember Kelly’s presence in Bethlehem schools, on the Pop Warner cheer team or at Saint Thomas Church, which the Kellys attended regularly.

According to Linda Kelly, Megyn sill considers Delmar home. “She loves coming home to Delmar. It really is home for her,” said Linda of her daughter.

Linda said that her daughter still comes to visit her occasionally. But more often, it is Linda who goes to visit Megyn in Manhattan, where she, her husband and three children live in close vicinity to the Fox News studio where her show is filmed.

Linda, Megyn and the rest of the Kelly family moved to Delmar in 1979, when Megyn was just nine years old. Linda Kelly has now lived in Delmar for more than 30 years, and Megyn’s older sister Suzanne Crossly still lives in Delmar as well, while their older brother Peter has moved to Richmond Virginia.

”We taught our children to go fly your wings, follow your dreams, and they did,” said Linda.

Linda was head nurse of psychiatry at the VA Hospital in Albany, while her late husband Edward Kelly taught education at the State University of New York at Albany. He died of a heart attack right before Christmas, when Megyn Kelly was 15 years old.

Linda remembered the night of her late husband’s death very clearly. “We all got in a circle, Megyn, Peter, Suzanne and me, and I said ‘You have to remember we are the Kelly’s. We know our values. We will go on.’”

It was Megyn, said Linda, that took the experience the worst, because she was the youngest at the time.

After the death of Edward, Linda spoke to Meghan about breaking her curfew, “I had to tell her, ‘I don’t want to worry about you on top of everything else,’” said Linda.

“She wasn’t an angel, but she was a perfect teenager,” she said, proud of her famous daughter.

Megyn Kelly later went to Syracuse University, then to Albany Law School. She practiced law in the Chicago area for nine years before switching career paths to journalism and eventually moving up the chain at Fox News.

The network is famously right leaning, yet Kelly has said in interviews that she considers herself an Independent politically, with some conservative leanings.

Though a conservative-leaning person is no longer the norm in Delmar nowadays, as recent local elections have consistently elected Democratic officials, one must remember that it was not long ago that the town was primarily Republican.

Only since 2013 has the Democratic Party had the majority on the Town Board. For the 120 years before that, it was the Republican Party. Thus, when Megyn was growing up here, the town certainly had more Republicans than Democrats.

Melissa Kermani, chair of the Bethlehem Republican Party said she is in favor of the newscaster. “It’s so exciting that she’s from this area. She’s really an up and comer. It’s wonderful that she’s on Fox News,” she said.

Though the narrative since the debate has surrounded how fair the questions asked by the three moderators were, viewers should not be surprised that Kelly asked Trump to clarify his opinion on women.

Kelly once lectured Kentucky senator and 2016 Republican candidate Rand Paul for his reputation of arguing with female reporters and asked former Alaska governor Mike Huckabee to clarify why he thought it was trashy for women to swear in public.

Though the question itself, “How will you answer the charge from Hillary Clinton, likely to be the Democratic nominee, that you are part of the war on women?”

has been drowned out by the ensuing media frenzy, supporters of Kelly say that asking the question shows her journalistic prowess.

When asked if she was proud of her daughter for asking Trump the question, Linda Kelly said, “You’re damn right.” She added that some have even compared Megyn Kelly to journalist Barbara Walters, for her similar tendency to ask hard-hitting questions.

The GOP debate is only the most recent time Kelly has been in the news. Kelly was the first to interview the Duggar family after the child molestation scandal involving oldest son Josh Duggar went public in June.

Kelly also attracted controversy for her comments she made on-air that Santa Clause is “just white,” and that people who argue that there should be a black Santa as well are wrong because “Santa is what he is.” In that same show, she also stated that Jesus was white as well. She later said the comments had been “tongue and cheek” and Jesus’ skin color is “far from settled.”

Thus, whether Kelly’s most recent actions add to or detract from your opinion of her, the fact is, there is a lot to talk about when it comes to this Delmar native.