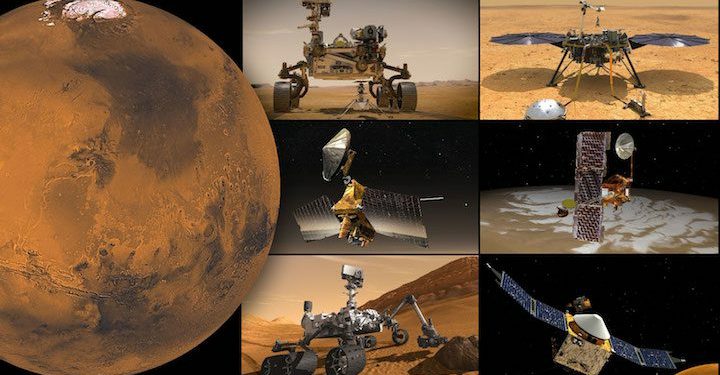 RENSSELAER — The Rensselaer Astrophysical Society is inviting the public to the unique experience of a viewing of Mars in opposition on Thursday, Dec. 8, from 7 to 9 p.m at the Hirsch Observatory located in the Jonsson-Rowland Science Center — weather depending.

The Mars Opposition is a distinctive event that occurs approximately every 26 months, when the Earth is directly between the Sun and Mars (with Mars opposite the Sun). During this event, Mars and the Earth will be the closest to one another.

This celestial arrangement means that Mars will be large and bright, lending itself to an exciting viewing experience. Everyone is welcome and encouraged to attend, including members, non-members, and the general public.

The event will be well equipped with viewing instruments, and attendees can bring their own. The Hirsch Observatory houses a Boller and Chivens 16” Cassegrain Telescope, a SBIG imaging camera, a SBIG spectrograph, and a CFW-8 filter wheel.

The telescopes will be pointing out of the Jonsson-Rowland Science Center’s roof; viewers can enjoy using them to look up at Mars for an optimally clear image of the red planet. Throughout the event, RAS members will be on hand to answer any questions.

Space exploration and technology have a long history, and Rensselaer Astrophysical Society Vice President Aidan Kaminsky also has a personal history with space that he shared with his father.

“I’m from Florida,” he said, “and I remember my dad telling me about his excitement going to Cape Canaveral to see a launch, and that really stuck with me.”

“I think many others like him are fascinated by the exciting science to come from these launches,” he mused.

Recently, many turned their eyes to the sky with NASA’s latest launch of Artemis 1. With the goal of putting people back on the moon, it is a mission that has not been replicated since the original Apollo missions. Kaminsky believes that interest in space is higher than ever.

“I think most people are really curious about what goes on in space, and I think NASA’s current plans with Artemis are something that is really going to bring people together,” he added.