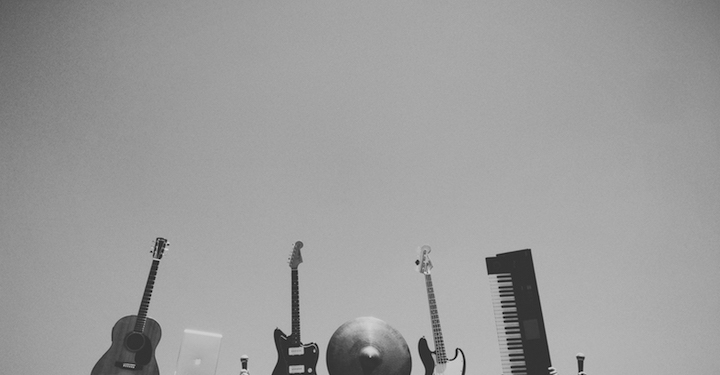 DELMAR- When Michael Kebabjian thinks of Mark Garrett battling with a life-threatening disease, he thinks of the politics of the mosh pit. The omnipresent scrum of bodies in front of every hard rock show is an allegory for the scene.

“Somebody goes down, three people pick them up. If there’s a fight in the pit, the pit takes care of it. Everybody always comes together,” said Kebabjian. “Because there’s a brotherhood.”

On Sunday, Jan. 23, the local hard rock scene is coming back together to pick up one of their own through a benefit show called Mark a Wish at Chrome Food & Spirits in Waterford. Super 8 Six, Uncivil Liberty, Maxx Thrust, China White — four bands, all of which Garrett has played drums for at one time or another, are scheduled to play from 2 to 6 p.m.

While behind his kit, Garrett has earned the nickname “Guns.” Kebabjian said he goes “all out” with an aggressive, hard-hitting sound he emulated in his own style of play while playing drums for Lost Reality. “He’s got a big sound when he plays, which is what I’ve always loved about him. Him and Bill Ketzer, another local idol of mine. They hit the drums hard, and that inspired me to follow their path,” he said.

But while off the stage, Garrett’s described as an altruistic leader the helps out the show in as many ways he can. He’s one of those in the scene where he’d give the shirt off his back. He’ll go to the merch table, buy three more, and then had them out, too. He’s just that guy. At fundraisers, he’s known to take on three or more jobs. He’ll manage the stage, play the drums and sell 50/50 raffle tickets on the floor. At a fundraiser for China White’s Henry and Sean McFerran in 2019, Garrett sat behind the kit for three of the bands.

“There’s the normal backstabbing and cattiness that goes along [within the scene],” shared Kebabjian, who now hosts the popular “That Fuzzing Rock Show.” It happens in every scene. … It’s like that family mentality where we can hate each other all day long, but when somebody else hates us, we love each other to death.”

Garrett was recently diagnosed with colon cancer. As news circulated throughout his extended music family, he was approached before they started organizing a fundraiser. At first, he was said to be humble about it, and shied away. A few days later, Kebabjian said, he offered up his drum kit.

“Currently Mark is undergoing a very aggressive chemo treatment and can not do the things he loves most in life; work, play music and spoil his daughter,” said Rich Sorensen, who organized the fundraiser on Garrett’s behalf with Holly Stah and others. “If you wish to donate in advance, you can do so directly through Venmo or reach out to Holly A Stah with cash or gift card donations.”