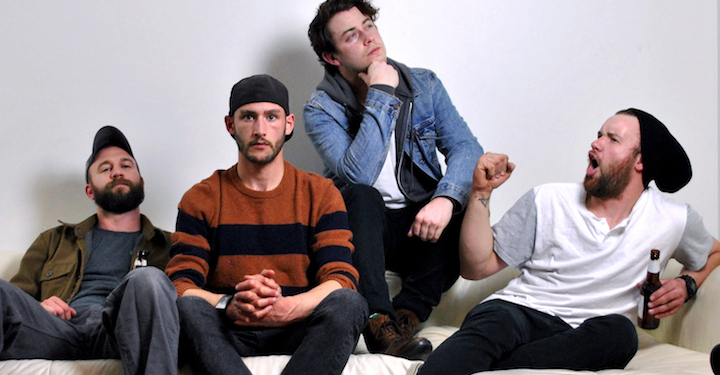 ALBANY — There are a few absolutes recognized here in the Capital District. Tulip Fest falls on Mother’s Day weekend. A box of Freihofer’s Chocolate Chip Cookies is to be polished off the day it’s opened. The LateShift plays The Hollow on the week of Thanksgiving.

That last bit will soon be no more as The LateShift plays its final show dubbed The Last Shift at The Hollow Bar and Kitchen on Saturday, Nov. 27.

The Late Shift consists of four guys — Scotty Somerville, Mike Davies, Jake Lester, and Sean Murphy — who graduated from Shaker a few years back. They messed around with some instruments in high school and flipped the switch to become the group they are today. That band has cultivated a following. Consider all of the bands that have played the barroom stage on the corner of Columbia and Pearl, the hometown boys are who owner Dora Philip calls her house band. The high-energy party rock band is putting a cap on a 15-year run defined by raucous halloween parties on the J.P. Morgan or helping a Thanksgiving crowd burn off calories at The Hollow.

As he prepares to promote the show, Somerville said he did a deep dive into the photo collection he’s amassed over the years. Some from on stage while others just moments of young high school kids goofing off in the living room.

“So many memories are coming to light,” he said. “There are definitely highlight marks in that timespan [as a band].”

The frontman starts to rattle off moments like leafing through Pokémon cards — one of their first shows hosted at William K. Sanford Library, college shows highlighted by opening for Dashboard Confessional at Siena College, reaching out for that brass ring and performing at Tulip Fest, and later opening for the late Mac Miller.

“The biggest thing is to have this be a celebration of the band as opposed to a sad moment of closure,” said Somerville. “We’ve been doing this for awhile, and we’ve done so many amazing things, but we really wanted to take a chance to celebrate our original music that we’ve been making over the years.”

Josh Morris, of Hasty Page and Dark Honey, will open the night with a special solo performance. Morris is one of the most talented multi-instrumentalists in the Capital District. In addition to his reputation as the singing drummer of Hasty Page, he has worked behind the kit for Girl Blue and Julia Gargano.

“Having him come back is sort of a full-circle moment,” Somerville said of Morris. Hasty Page opened the Thanksgiving Day gig in 2018. The two bands had previously battled it out for the opportunity to play Pearlpalooza in a Battle of the Bands the year before, too. “It just seemed really fitting.”

Somerville said the band is set to treat the live crowd with the best representation of its original music, including the addition of two more musicians to reproduce the sound captured on their earlier album releases.

“We’re so grateful to have this opportunity,” Somerville said. “It just feels right to have it at The Hollow.”