The Road to Zero 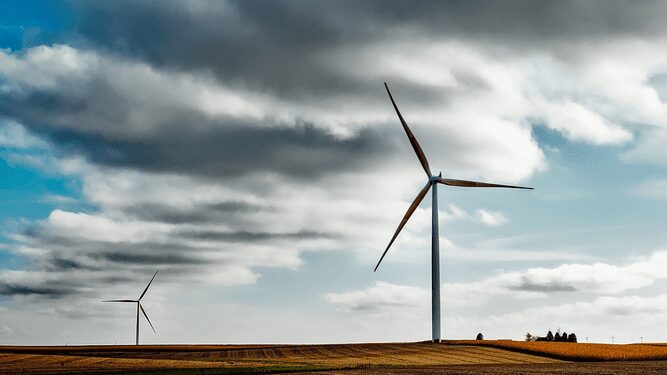 DUTCHESS COUNTY — Thirty miles east of Poughkeepsie in the town of Dover, the Cricket Valley Energy Center occupies an old industrial site that was vacant for 20 years. Today, the place also points to the way of decarbonization in the energy industry.

The 1,100-megawatt Cricket Valley power plant, in operation since 2020, is one of the most efficient combined-cycle power plants in the state. It is capable of providing the equivalent electricity needed by 1 million homes with three GE 7F.05 gas turbines that run on natural gas, a cleaner-burning fuel that can help utilities add baseload power and allow them to retire coal-fired power plants. And now it’s on a trajectory to become even more sustainable.

In an agreement signed with GE last week, Cricket Valley will undertake a demonstration project, starting in late 2022, by running one of its three turbines on a blend of natural gas with 5 percent “green hydrogen” by volume — hydrogen produced with renewable energy. It’s the first step in a process that could lead to converting the entire plant into a 100 percent green-hydrogen-burning facility over the next decade — and marks another boost in the burgeoning effort to deploy hydrogen as part of the transition to cleaner energy.

The initiative, dubbed the H2 Roadmap, is intended to support New York state’s goal of 100 percent zero-carbon emissions in the electricity sector by 2040, a target announced in the state’s 2019 Climate Leadership and Community Protection Act (CLCPA), the most ambitious by any U.S. state. The H2 Roadmap will facilitate research and development in the hydrogen sector by testing percentages of hydrogen utilization in the fuel mix as the clean fuel becomes more available.

“As a leader in providing reliable, dispatchable power generation, we enlisted GE’s extensive experience with hydrogen to support the development of lower-carbon technologies in the state of New York,” said Chuck Davis, president of Advanced Power Asset Management, which manages the facility. “With this agreement, we will begin to define a roadmap for the conversion of recently constructed natural-gas-fired power plants to lower- and zero-carbon fuels.”

The Cricket Valley plan is the second boost “green hydrogen” has received this month in the state of New York. On July 8, then-Gov. Andrew Cuomo announced that the New York Power Authority will conduct a pilot project in 2021 to temporarily replace natural gas with a blend of natural gas and “green hydrogen” at its Brentwood Power Station on Long Island. GE Gas Power will play an integral role in that project also, supplying the hydrogen/natural gas blending system and supporting the project’s planning and execution.

Beyond New York, the Long Ridge Energy Terminal in Hannibal, Ohio, is another power plant that is expected to go online later this year with a hydrogen-and-gas blend. The 485-megawatt facility will be the first purpose-built power plant in the United States to burn hydrogen and will use a powerful new gas turbine made by GE to produce enough electricity to light up the equivalent of 400,000 U.S. homes. And in Australia, the EnergyAustralia utility is building that nation’s first gas-and-hydrogen power plant, which will use a GE 9F.05 gas-fired turbine to churn out approximately 316 megawatts of quickly dispatchable power that will help offset the energy that will be lost when a nearby coal-fired facility is decommissioned.

To be sure, “green hydrogen” must overcome several obstacles before it can become a viable replacement fuel. The price will need to come down by about 50 percent, according to S&P Global. For example, green hydrogen producers could tap more renewable power during periods when a wind farm is spinning out more power than the operator can send to the grid or store.

GE is well positioned to help during this crucial phase of the energy transition. More than 75 GE gas turbines have already racked up over 6 million operating hours running on hydrogen or hydrogen-like fuels, much of it at factories that create hydrogen as a by-product and feed it back into the turbines that drive their plants.

“GE’s gas turbine technology, building on decades of our leadership in low-BTU fuel operations including hydrogen fuels, validates the important role existing technologies and assets can play in reducing carbon emissions,” Scott Strazik, CEO of GE Gas Power, said of the Cricket Valley agreement. “We are pleased to work with CVEC to support its efforts in achieving carbon neutrality across its operations, while demonstrating the collaboration essential for a decade of action to reduce carbon emissions from the power generation sector.”

This feature was originally published by General Electric at ge.com.

Health and Fitness: How to get your butt in the gym