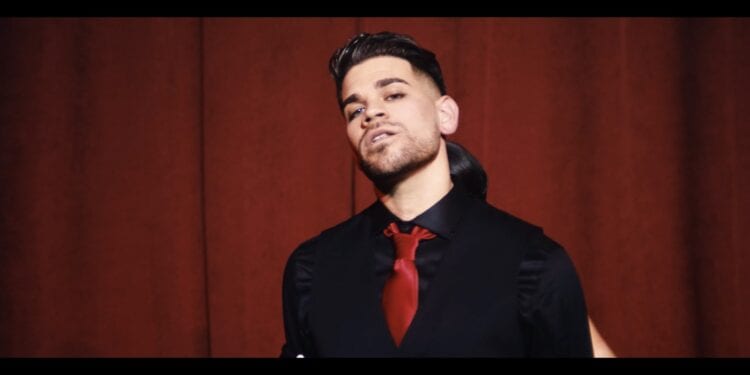 ALBANY — Vince Palmeri is making an illegal splash into 2021 with a new single.

The pop crooner and 2019 fireball is releasing his latest song, “Criminal,” on Friday. A music video will accompany the release.

Palmeri is still relatively new to the game. He burst into the pop scene with his 2018 single, “The Rush,” and has since been exploring different sounds to find his niche. While other singles, including “Lady Player” and “Chemicals React,” are known for their catchy choruses and loud vocals, Palmeri said “Criminal” is something a bit sexier, a bit more alluring and a bit easier going.

“I’ve been dancing around the idea of sex for quite some time,” Palmeri said, “and when I was shown this demo from my producers, I knew this was the time to finally make that dive and fully commit to it.”

The idea for the music video, which takes place during the 1920s Prohibition era, surrounds a criminal Palmeri being tempted by a fellow criminal love interest, who is actually double-crossing him with her own boss. Palmeri said the video shoot, directed by Black Mountain Visuals, was challenging in an intellectual way because he wanted to sell the song, but not have the video border on R-rated content. While many famous pop artists, including Miley Cyrus and Katy Perry, have no qualms about (almost) baring it all for the screen, Palmeri said he wanted to keep the video classy with the intent still there.

“This is definitely not something I want my whole image to revolve around,” Palmeri said. “However, it was fun to challenge myself and explore different avenues for the release. I told my producers that I wanted to run with the idea of being a criminal and have it be a spin-off of that idea.”

Palmeri said the chill feel of the song was a nice change from the normal, high-ranged vocals he produces. Being that “Criminal” is the one song of his releases so far that he did not write, he was faced with the agenda of making a demo his own. The result is one Palmeri said is his best way of hinting at what’s to come in 2021 and the future of his career.

“I’m still experimenting with different sounds and trying to find the one that fits me best,” Palmeri concluded. “I really loved working on ‘Criminal’ because it was something different and I feel like I was able to showcase my voice in a way my previous singles did not.”

ON THE BOOKSHELF: Read to work out your brain (adult)