What more do you need in life than ice cream on a hot summer day?

by Michael Hallisey
in Food and Drink, The Spot
0

People feel strongly about their soft serve ice cream, and that passion flares up with summer heat. We are spoiled with a bounty of ice cream stands in the Capital District. You can’t swing a wet pool noodle without hitting one, and if you believe there’s no such thing as bad ice cream, then there is no such thing as having too much of a good thing, either.

So, where should you go for the best ice cream?

Declaring who has the best tasting ice cream is a subjective matter reserved to those fool-hearted enough to try. Opinions are swayed by nostalgia or territory. Maybe you’re looking for something that tastes like that joint your family visited when you were a kid. Or, there’s also the need to stick up for that stand around the corner. No one does it better than your go-to. We get it. But, let’s address the elephant in the room. If you’re scoping out an ice cream stand, you’re doing one of two things:

1. You’re a parent in desperate need of quelling a meltdown. 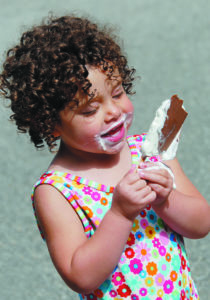 It’s a hot, summer day. You’re in the car and there’s a war waging in the back seat. It’s the House of York versus the House of Lancaster and you failed them as a parent. When you hear those two words parents know is a universal warning sign, you’re supposed to stop and react. It’s akin to the rattle of a Texas diamondback. You don’t move, you’re bit. “We’re bored.” You heard it. You hear it now, with the last note stretched out in a demonic sing-a-long manner meant to strike down your spine with the precision of a ninja. It’s meant to say, you’re not in control, but you reacted with a dad joke. Who’s laughing now?

Whoa. Didn’t mean to trigger an emotional event there. Breathe. Come back to center. Now, we still need to address the second scenario.

You’re single, and you’re on a date. You’re on a date and it doesn’t matter where you fall within the timeline, but this is a test. Soft serve ice cream is child’s play, and you’re being watched. Because, at some point during this dating thing between you and your significant other, you’re establishing whether or not this is a friendship or a courtship. You need to know if this is leading someplace that requires credit checks. If the question hasn’t been broached yet, thrusting your date into a screaming, jumping, singing, coughing, hopefully not puking line of children is a passive way of testing whether or not this person is worth a 30-year mortgage.

Now that we’ve identified just about every aspect of the plot here, we need a setting. You characters need a place to settle this out; the rising action, the falling action, the resolution. And, a wink and a nod to you nerds who can fill in the blanks. Where are you going for ice cream? Let’s find some atmosphere.

You probably know it as Ross’s Ice Cream & Hamburger Stand. Dave Swift of Swifty’s recently bought the popular food stand and named it after his 12-year-old boy. This joint used to be a spot families would stop at during drives between home and Crossgates Mall. Its history actually extends back 50 years to when it was in Delmar. When the then-namesake owned the stand, it was best known for 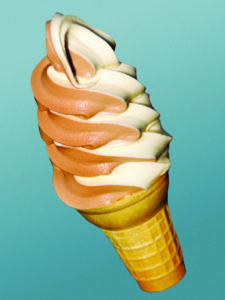 milkshakes and ice cream. But, it’s now at the center of a growing Slingerlands neighborhood that includes the upscale homes at Terremere and the new luxury apartments at The Hamlet. Though the surrounding properties have seen development over the years, this food stand still retains its expansive backyard, featuring picnic tables, a playground and a gazebo. This allows parents to let their children run around without fear of traffic while you steal away a few minutes for yourself. Technically, Andrew’s ice cream selection does not include soft serve — but this family-friendly location is worth the visit.

From Canada Street to the Great Escape, Lake George has been a summertime destination for generations. Those who make the trip understand such a vacation is not complete without a stop underneath Martha’s rooster. Charlie has been standing over Route 9 since before the Northway was opened in 1967. One look at this place and you’ll see they are equipped to handle the 3 million people who visit Lake George each summer. Martha’s has been serving ice cream for nearly 75 years, and it arguably has the best tasting ice cream in the area. Location wise, Martha’s is in the middle of a community built to entertain. So, if you’re coming out of an amusement park or looking to refresh yourself from a day on the lake, you’ll do worse to stop anywhere else but here.

While other people note the sight of a flying robin as the first sign of spring, the people of the Capital District look to The Snowman. This ice cream stand has a Troy ZIP code, but it is Lansingburgh’s claim to fame. Located on 5th Avenue, it’s a short walk away from several pocket parks that includes Powers and 112th Street Park. Like Troy, Lansingburgh has faced its challenges over the years. Nonetheless, droves of people have been picking up a cone from The Snowman for more than 50 years. It’s practically tradition. 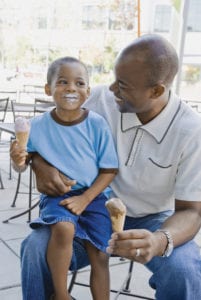 Married or not, there’s always an opportunity to impress. Jericho Drive In allows for you to stop and have both a dinner and a movie in one place. It shows you’re economical and efficient with your time. Once the honeymoon is over, this becomes more important. Anyway, there aren’t many drive in theaters left in the world. Jericho is the only one in Albany County and it still holds on to the rustic charm associated with being out and away from the bustle of urban city life. Aside from what I said about economics and efficiency, there’s something romantic about taking in a movie and eating an ice cream under the stars.

There are few places better than spending a July 4th celebration at Jumpin’ Jacks Drive In. Every year, spectators watch a fireworks display shot across the Mohawk River. It’s a tradition that defines every summer here in the Capital District. It’s usually an ideal place to spend a summer day. This is another place with a long history that dates back to 1952. So chances are you will run into an older couple waxing nostalgic with tales of kids on train rides and beautiful girls in water skiing exhibitions. And if your significant other passes the courtship test, you just might find yourself daydreaming of such a future.

It won’t matter if it’s March and the calendar says it’s still winter, this place has a reputation of opening up on the first warm day of the year.  Jim’s Tastee-Freez has served as Bethlehem’s unofficial gatekeeper since 1963. Its stand sits perched on the lip of the Normanskill Viaduct. If you pay attention, you’ll hear locals still talk of a local legend that involves Normansville. Edgar Allen Poe is said to have passed through this part of town. The large bridge that looms overhead did not exist in the author’s day. Those passing through to and from Albany had to travel across the stone bridge that still stands below. There, you can still see the famed yellow brick road. Poe had referenced this road in a letter, of which L. Frank Baum read before writing “The Wizard of Oz.” More of the story is referenced in a blog maintained by local historian Paula Lemire at albanynyhistory.blogspot.com. Read it. Afterall, storytelling skills are a plus in any courtship.

Colonie looks to crack down on ‘aggressive panhandling’