Ron White – and his tequila – takes the Palace Theatre stage on Friday, Oct. 11 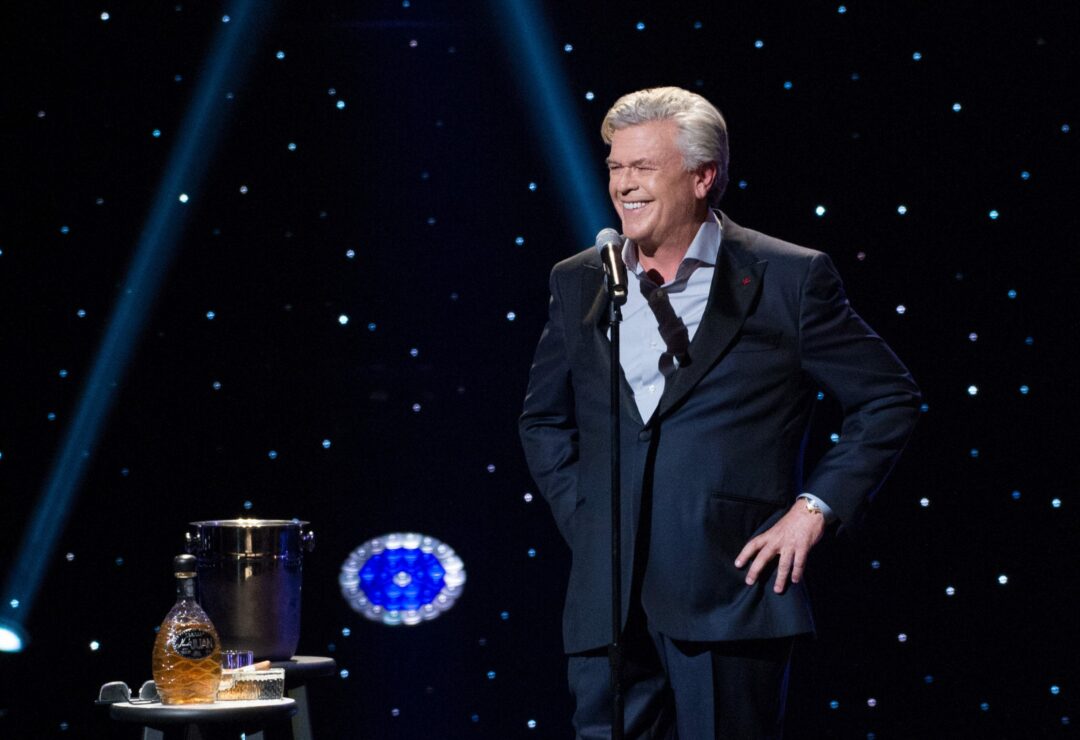 It’s 9 o’clock in the evening, and my phone rings. It’s a phone number from Beverly Hills, and I don’t know anyone in Beverly Hills. By the third ring, I recognize the number. It’s Ron White.

Now, if you expected me to pick up the phone at this point, you’d be mistaken. I was scared. Now, it wasn’t like I just published our interview, and this was an angry phone call protesting something about misinformation or fake news. I mean, you’re just reading this now. No. I was scared that, if I pick up this unexpected phone call, what are the odds that it makes it into his next stage routine, somehow.

He left a voicemail. Kind of. It was 18 seconds of garbled noise. He butt-dialed me. Somewhere, there’s a joke in there. Obviously, I’m not the one to tell it.

Ron White is a natural storyteller, and he’s made a career out of it. It just so happens to be that he’s funny. His stage presence is consistent with every show. You don’t often see him without a cigar and a drink in his hand. Then, he proceeds to tell you something about himself. It never fails, that little something is off-color, embarrassingly personal or both. He’s that best friend of yours who makes you laugh and shake your head, like the time he earned his nickname “Tater Salad.”

“Well, I’m not saying that everything I say on stage is true,” said White, with a laugh. “My goal is just to make you laugh.”

White first rose to fame as the cigar-smoking, scotch-drinking funnyman from the Blue Collar Comedy Tour phenomenon. Today, he’s a chart-topping Grammy-nominated comedian and a feature film actor. He’s established himself as a star in his own right. His stories relay tales from his real life, ranging from growing up in a small town in Texas to sharing stories of his daily life to becoming one of the most successful comedians in America.

All four of his comedy albums charted No. 1 on the Billboard Comedy Charts. He has sold over 14 million albums (solo and with the Blue Collar Comedy Tour), been nominated for two Grammys, and over the past nine years (since 2004) been one of the top three grossing stand-up comedians on tour in America. He’s in the middle of a tour now.

“Well, yeah. I don’t know if it’s the middle,” said White. “It’s been 33 years of non-stop touring, with a few weeks off every once in a while. It never stops.”

White began performing comedy out of Dallas in 1986. He quickly earned opening acts for legendary comedians Sam Kinison and Jeff Foxworthy. After earning his own headlines, he joined Foxworthy for the Blue Collar Comedy Tour, pairing him with alongside Bill Engvall and Larry the Cable Guy. The show toured for over three years to sold-out audiences in over 270 cities and grossed more than $35 million.

White is not politically correct, and he has no plans to change. He avoids the college circuit. His audience can still laugh at Brooks, at Murphy, and at Larry the Cable Guy, who White traveled with under the Blue Collar Comedy Tour. One self-imposed rule he continues to follow, he won’t bust out jokes on politics. The closet White came to breaking that rule was on a joke that involved Bill Cosby.

Cosby, who dominated primetime television in the 80s with his portrayal of Dr. Cliff Huxtable, was once the bastion of wholesome comedy. No sex. No swearing. He was as trusted as Walter Cronkite and safe as Saturday morning cartoons, in which he often appeared in the Fat Albert Show. That image was soiled, however, by accusations and his subsequent conviction on three counts of aggravated indecent assault as a sexually violent predator. White’s joke touched upon that. It wasn’t well received. A sign of how times change.

Now, Eddie Murphy finds himself apologizing for his old comedic routine. The Saturday Night Live alum once elicited laughs off homosexual slurs,derogatory statements towards women and misconceptions of AIDS. As people name Murphy as a possible Oscar candidate for “Dolemite is My Name,” he continues to address the jokes he dropped more than 30 years ago. He recently told the New York Times that he “cringes” at his old material.

On the other hand, Mel Brooks recently called political correctness a threat to comedy. The Blazing Saddles director told Telegraph that society’s “stupidly politically correct” ways will lead to the “death of comedy.”

“It’s not good for comedy,” said Brooks. “Comedy has to walk a thin line, take risks. Comedy is the lecherous little elf whispering in the king’s ear, always telling the truth about human behavior.”

For White, that candidness may take the form of a confession that includes watching television while naked in a bean bag and eating Cheetos. There’s a touch of self-deprecating humor that gives the audience a personal connection with him. His “Tater Salad” story is a common thread that ties together a few stories in which White supposedly had run-ins with the law. He has been honest of his past in regards to a 2008 arrest for possession of 7/8 of a gram of marijuana. “I call that being out of marijuana,” he’s said on stage. He’s also said that instead of an organ donor’s card on the back of his driver’s licence, there’s a list of organs he needs.

In November of 2003, White released his breakthrough comedy CD Drunk In Public followed by his first one- hour TV comedy special “They Call Me Tater Salad.” The special had the highest viewership for a Sunday program in Comedy Central history. The DVD version was released in 2004 and reached No. 1 on the Billboard Comedy Chart. In 2005, White’s second one-hour special “You Can’t Fix Stupid” aired on Comedy Central to 4.5 million viewers, making it the third largest audience in Comedy Central’s history and the No. 1 show on primetime basic cable. The CD reached No. 1 on the Billboard Comedy Charts and remained there for nine consecutive weeks.

In June 2006, Penguin Books released Ron’s first book “Ron ‘Tater Salad’ White: I Had the Right to Remain Silent…But I Didn’t Have the Ability,” which landed him on the New York Times Best Seller List. In 2009, Ron released his third album “Behavioral Problems,” which reached No. 1 on the Billboard Comedy Chart. In 2013 Ron’s fourth album, “A Little Unprofessional,” also reached No. 1 on the Billboard Comedy Chart. All of White’s DVDs are certified Platinum.

White made the switch from scotch to tequila seven years ago, “just because it’s a better drug.” He now owns a tequila label, Number Juan, with fellow comedian Alex Reymundo. A bottle of it is on stage with him on every show. It’s in his promotional shots. It’s in the picture on our front page.

“I had just started drinking tequila, and [Reymundo] and I just for fun went down to Tequila for a tour, go on a crawl,” said White. “A buddy of his had been there his whole life and he knew of this one distillery, considered to be the best tequila in Mexico. It’s an ugly, little, disgusting distillery with nearly dead dogs lying around… I didn’t even want to go in. But, I went in there and tasted it and I was like, ‘oh my god, I’m in Heaven.’”

White serves as his label’s best pitchman. It’s available at TatersTequila.com, he said.

“I am true to my nature on stage,” said White. “So, I’m Ron White off-stage, and when I walk on-stage it’s just me and I do a show. Off stage, I go to a bar, buy a drink and listen to live music. So, all those things about me that you’ve heard are very, very true as far as I drink too much, and smoke too much, and probably won’t live to see 61.