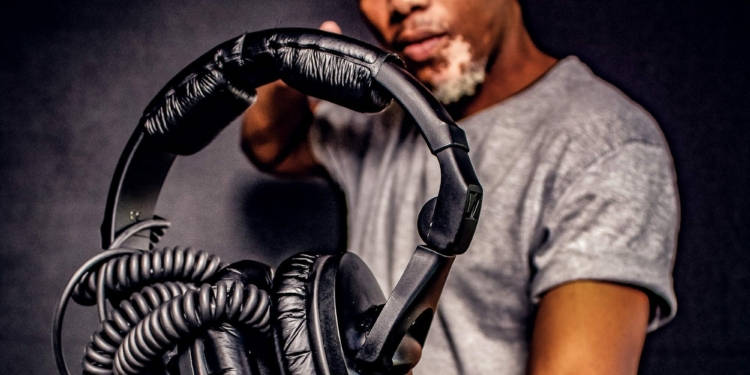 There is a subtle science behind making a good mixtape, and I’m not talking about a musician’s collection of work captured on a flimsy metal strip of magnetized particles of rust. Mixtapes were once ubiquitous to the teenaged way of life. If you survived puberty, it was because you made a mixtape. If Charles Shultz was a kid of the 80s, Linus would have had a Walkman. No doubt.

So, yes. Ask a kid of the 80s the importance of a good mixtape and you’ll start an hour’s conversation on his or her collection, or best yet, shared insight on the process involved on how to compose an intimate audio experience.

It takes more than compiling a group of songs. The fictional Rob Gordon warned us of this. It’s a delicate thing. There are a lot of rules. What rules may apply depends on what your intentions may be for the final product. Is this tape for your own consumption, or are you going to be sharing this masterpiece with someone else? If the latter, then who is your audience and what is your message?

Yeah. There are a lot of questions you need to ask yourself. But, perhaps the best way to understand the complexities behind a good mixtape is to speak to people who mix music professionally.

Kim Neaton knows this all too well.

Neaton stands between the bar and the shuffleboards at Franklin Alley Social Club with a beer in hand. The arcade was an off-the-wall idea conceptualized by Frank and Heidi Sicari, owners of Takk House. The front door is in a Troy alleyway. It’s the basement of the old Knights of Columbus from nearly a century ago; a “retro boutique gathering space.” The bar features craft beers and there’s a few classic coin-operated games in the back.

It’s a Thursday night and Neaton is there to takeover the jukebox. It’s an event the Sicaris throw on occasion, allowing a guest to come in and arrange the night’s music. She downplays her responsibility. “We picked a music theme for the night, made a four-hour playlist … plug in and it plays. No real DJ skills required.”

WEQX has been the local authority on alternative music. Its radio signal has washed over the Capital District for more than 30 years. In four of those years, Neaton grew the reputation of throwing an occasional Beastie Boys track onto a show. Before leaving two years ago to join Guthrie/Bell Productions, she was one part of the station’s triumvirate who decided which bands received airtime and which bands did not.

The conversation within Neaton’s circle of friends stops as one song transitions to another. As Neaton said, she’s not chained to a booth. The music is playing straight off a digital playlist she pieced together on Spotify. A four-hour playlist on the popular streaming service can be haplessly curated within minutes, but not the order.

Neaton puts careful thought into what song follows another. Once, she said, a friend asked her to compile a list for a gathering. Neaton couldn’t attend, but gifted her friend a link to the playlist. The following day, she asked how it all worked out. She was met with a hesitant okay. Neaton asked if she had kept to the order. Her friend had not. Instead, she had hit shuffle.

“It’s about understanding the vibe of the audience,” said Neaton. When her friend strayed from her order of songs, she tossed away the segue from one song to another; it introduced an auditory chaos.

Music is the manipulation of sound. Listen to Adrian Lewis, John Drabik or Chris Arndt play guitar, and you’re fascinated by the dancing of chords. Stripped down, it’s sound produced by vibrating strings. Since the first instrument was created, time has nurtured an appreciation of such sounds orchestrated into composition.

For me, that’s one of the most important skills to have when they leave: to be able to hear what’s happening in the song.”

Mirsky has a critical ear for sound. He has produced for Jay-Z. He’s also worked for major record labels and licensed tracks for national television networks, including NBC, VH1 and ESPN.

“I’ll hear something and I’ll get so flabbergasted,” Mirsky said. The producer is able to pinpoint when the marriage of sounds fail. In the studio, the bridgework to a song is laid out into separate tracks. Open GarageBand on a Mac. Each instrument has a unique track. When mixing sounds, he’s listening for how each track complements the others. “Sounds are the most important thing… I spend an hour per sound.

“Either I know the sound I’m going to —because I’ve used it and it’s a favorite of mine — and I know the depth that it’s going to add to the piece, or if I don’t know the sound, but hearing the sound in my head and finding one that sounds similar and manipulate that. It might take me an hour to find that sound.”

Moonshine Records earned meteoric popularity with the emergence of the rave scene in the mid to late 90s. The Los Angeles-based record label owned a stable of popular DJs that included DJ Keoki, Ferry Corsten and Carol Cox. Paul Oakenfold, twice-voted as DJ Magazine’s Best DJ in the World, had his first release in the U.S. under the Moonshine label. In 1997, Moonshine ran its first electronic-music tour through the United States. In each of its four tours, Denver was a stop.

Tim Pittz left the Capital District and stumbled into Colorado’s drum and bass scene. He was spinning records as DJ Canon. It was the height of rave’s popularity, and Denver was the right place to be. But, there was a lot of competition.

“A hundred DJs will have the same f–king records,” said Pittz. “But those are usually the anthems and bangers that get played to death. I would scour record shops looking for something different.”

Europe drove the market. Oakenfold, Tiësto, Corsten, Armin Van Burren were all household names by 2000; all of them developed their names in Europe. Pittz landed a connection that supplied him promotional tunes weeks before the official release stateside.

“So when everyone else was playing record xyz, I had moved on to something else,” he said.

Pittz ran with a crew that consisted of stage names like Fury, Ecco and MC Dino. At their height, they shared the stage with De La Soul, and played the Moonshine Over America Tour when it rolled through Denver in 2000. They played in front of several thousand ravers going “bonkers” insider the Denver Colosseum. He’s now retired and living with his wife in Philadelphia.

Preparing for your audience is key to recognizing the vibe of the room. Each venue was unique. Your time slot, and who you were playing before or afterwards, offered a particular responsibility to how the night was to flow.

“DJ Hype, for instance — I know he’s going to be blowing the speakers out of the room and killing the dance floor with people losing their minds,” said Pittz, “so I viewed it as my job to get heads bobbing by laying the groundwork for that.” That involved playing groovy, catchy tunes, he said. His MC helped engage the crowd. Avoiding the popular anthems was important in order for his crew to stand out, he said. He helped the MC by feeding into his flow with the right tunes. “You just know when something is going to kill, but you can’t just go straight for that,” he said.

Think about all of this when you next compose a playlist.

LEARNING CORNER: Stay on top of the school year

Neighborhood parents on watch in Glenmont