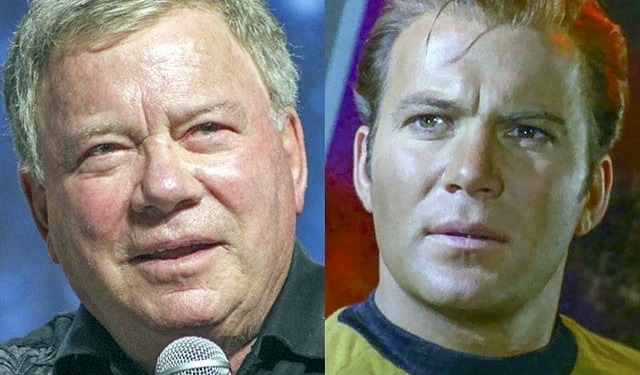 TICONDEROGA — Star Trek icon William Shatner will return to Ticonderoga this December, potentially bringing hundreds if not thousand of visitors to the downtown at the height of the Christmas season.

Shatner, Capt. James T. Kirk in the original Star Trek television series, brought 1,400 people to the town on his first visit to the Star Trek Original Series Tour Set in May. That event went so well there was almost immediate talk of facilitating another.

James Cawley, owner of the popular Set Tour, announced Shatner’s will return — to the delight of fans — during last weekend’s Trekonderoga event, where crowds were mingling with stars from various Star Trek shows and movies.

Appearing along with Shatner this Dec. 7 and 8 will be Anson Mount, who played Cullen Bohannon in the AMC western drama series “Hell on Wheels.” In April it was announced that Mount will have a regular role as Capt. Christopher Pike of the USS Enterprise in Season 2 of “Star Trek Discovery.”

Crawley said tickets were to go on sale Sept. 1. For $850, fans will be able to mingle with Shatner  and a limited number of others on the bridge, Cawley’s exacting recreation of the helm where Captain Kirk barked crisp orders during the late-’60s television show.

With admission, an opportunity to say hello to Shatner and bag an autograph will cost $80. Ticonderoga residents with a valid ID do not have to pay the admission price. The stars will also host discussion groups at the Ticonderoga High School, although those admission prices had yet to be finalized.

“When he saw the re-creation (of the set in May) he was amazed at the accuracy,” Cawley said. “He’s very familiar with the area, and he’s excited to come back.”

Shatner, 87, is a native of Montreal and paddled on Lake Champlain in his youth.

Although attendance numbers have yet to be tabulated, Cawley said Trekonderoga was a success, part of a spike in visitors in 2018.

“The numbers have been way up this year,” he said. That’s also good news for the downtown, as visitors to the Set Tour spend time between tours strolling the streets and checking out local shops. “They’re always asking where else there is to go,” Cawley said.

The bridge, sickbay, transporter, corridors, engineering room and such, along and all the familiar accessories, have all been reproduced on the CBS-licensed project to meticulous standards.

Star Trek ran from 1966-69, and became a cultural touchstone to legions of dedicated fans who watched reruns of the show through the decades, and latched on to new productions based on the original.