To appreciate The Kentucky HeadHunters today, you have to understand where it is the band comes from. 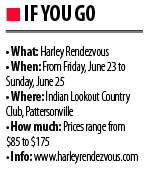 Growing up in Metcalfe County, Kentucky, Richard Young was surrounded by music. Known best as the frontman for the Grammy-award winning country rock band, Richard, and his brother, Fred still tends to the same 700 acres of farmland that has been in their family since the Revolutionary War. “We pretend to be farmers,” said Richard. Between the two, they raise about 80 heads of beef cattle. The friends they grew up with are still home, too. Professional farmers, some of whom sharecrop on those 700 acres. Everyone doing something to help out the other.

As a kid, Richard remembers walking down the road and hearing black sharecroppers belting out gospel music, while younger white workers sung Johnny Cash. At home, his father was apt to play big band records, while mom tuned the radio to the local blues station. His father, John, was a well-respected teacher within the county, where he taught for 39 years. He never traveled more than 400 miles from home, but told stories of Ancient Greece and Rome. When he died, a statue of Aristotle was one of a handful of sculptures he left behind in the backyard — a spectacle to see in rural Kentucky, said Richard.

On that land is an old farmhouse Richard and the band affectionately call the shack. It was Richard’s grandmother’s. While Richard and Fred were young teenagers, that farmhouse was in little use. Their grandmother kept receiving inquiries on the house. Instead of feeling bad over turning people down, she opened it up to the brothers. There, the Young brothers and their friends could play their music as loud as they wanted in the seclusion of their “psychedelic shack.”

The boys formed a band and called it Itchy Brother. They headed out with a Southern Rock sound that was growing in popularity with the emergence of Lynyrd Skynyrd, The Allman Brothers and The Outlaws in the early 70s. Earning enough popularity around home, Itchy Brother signed to a label and recorded the single “Shotgun Effie,” with King Fargo Records. But, the window of opportunity for the boys out of Metcalfe wasn’t open for long. The natural progression for all bands began. Members split off, others came on board. The coming of a new decade showed promise. Itchy Brother sign with Swan Records, an independent label started by Led Zeppelin. When John Bonham died that same year, Swan closed operations. Itchy Brother broke up two years later.

The music never really died for the Young brothers. The two were in Nashville during the Reagan years. Having spent their lives avoiding country

and bluegrass, it was the last place they expected to rekindle their careers. To them, Nashville was the heart of country music. Home of the Grand Ol’ Opry. But, they soon learned, there was more to Nashville than Minnie Pearl and her hat.

“Nashville was only 85 miles from Edmonton (in Metcalfe County),” said Richard, “but it seemed a million miles from where we started. Greg, then Fred, later took jobs as sidemen where their Southern rock skills proved to be handy and exciting to those acts who wanted to follow in the footsteps of Charlie Daniels and Hank Williams, Jr.”

Richard took a different route by hanging around writing houses. In 1981, with the help of their longtime friend and manager, Mitchell Fox, the boys were signed as writers to Acuff/Rose Publishing Company.

“Nashville didn’t know it, but there was a roots movement starting to happen, and the ‘No Depression Era’ was just over the hill,” said Richard.

By the mid-80s, the music scene was shifting. Stadium rock gave way to the Second English Invasion a few years before. Now, that wave was dying down. Audiences were coming back to homegrown talent, and they searched for it in all kinds of genres: R&B, country and rock. That opened another window for the HeadHunter, said bandmember Greg Martin.

“If you go back and look at the musical diversity going on,” said Martin. “especially the roots and college music scene, even country music was allowing things to happen. Their guards were down. This spilled over into the local scene around here. Bowling Green, Louisville, and Nashville were all hopping, as well as the rest of the country. This had a huge impact on us and helped fuel the formation of the HeadHunters.”

The Itchy Brothers’ style was back in 1986, but under a new name — Kentucky HeadHunters. In four years, its album “Pickin’ on Nashville” earned the band a Grammy Award in 1990 for Best Country Performance by a Duo or Group with Vocal, Best New Vocal Group award from the Academy of Country Music (ACM), and Album of the Year and Vocal Group of the Year awards from the Country Music Association (CMA). In addition, it

earned a double-platinum certification from the Recording Industry Association of America (RIAA) for shipping two million copies in the United States.

In 2005, The Kentucky HeadHunters made the first of two albums with Hall of Fame pianist Johnnie Johnson — who also holds the distinction of discovering Chuck Berry, when Johnson introduced the legendary guitarist to his band. Ultimately, as outgoing as Berry was, people assumed the band was his. As Berry’s legend grew through the 1950s, his showmanship took centerstage.  But, as Young said, “A lot of people don’t realize, Johnnie had a whole lot to do with those songs in the writing process.” This summer will mark the band’s 49th year since it was formed. Today, Richard describes the band’s timeline in two parts, there’s the band “before Johnnie” and then there’s the band “after Johnnie.”

In their time “after Johnnie,” the band has gone through a renaissance period. Richard’s son, John Fred Young, is the drummer for Mascot Records’ Black Stone Cherry. The son has done one thing no one else has been able to do in four decades, and that is to get Richard on a plane. As Black Stone Cherry played to huge crowds at three-day music festivals in Europe, he coaxed his father to get the band overseas to join him. Last year, Kentucky HeadHunters played in Sweden, and they all plan to return to Europe this year. This weekend, the HeadHunters play at the three-day Harley Rendezvous Classic festival in Pattersonville, From Friday, June 23 to Sunday, June 25.

“We’ve lived a charmed life,” said Richard. “We’d go on the road, come back home, hop on a tractor and tend to the farm. Have that release from the music business, and vise versa. We’ve been lucky boys.”

The shack is now a two-band farmhouse. The HeadHunters share it with John Fred’s Black Stone Cherry. As Richard describes the house, it still has the look of a modest Kentucky farmhouse, but the writing house continues to be a buzz as it did when he and his brother were younger. Someone is playing music, and girls keep coming over to hang out.

“It all started over again,” said Richard. “The styles are as they were in the early 70s. (Hip-hugging shorts and tube tops.) All these little girls are coming over, and they love me because I’m the old man hanging out.” Richard said it’s as if time has come back in a circle, and he’s able to relive what it was like back when his band was Itchy Brother in 1968. Play music, hang out with the girls, go back home to eat dinner, and right back at it again. But, it’s not quite the same anymore. “What’s funny about it is I’ll get ready to go back down,” said Richard, but his wife said, “You keep your ass here!”