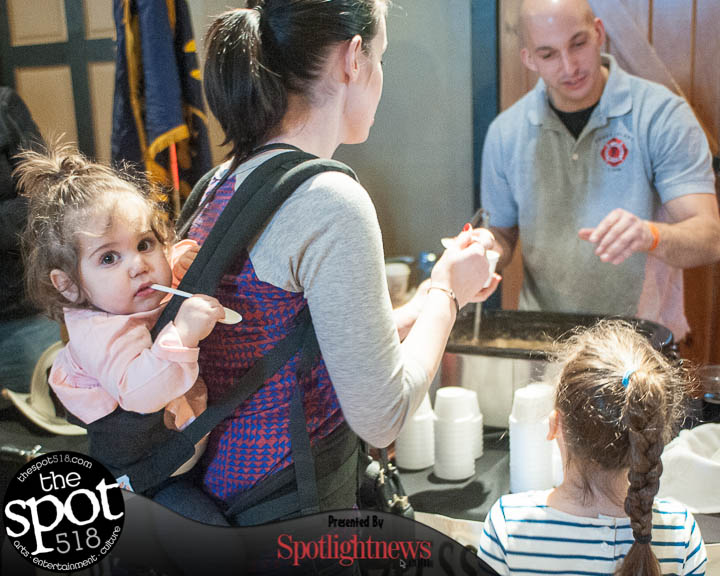 TROY – Chefs from nine fire departments squared off at Brown’s Brewing Company’s Revolutionary Hall on Saturday, Feb. 11 to determine something of great import amongst fire fighters – who makes the best chili.

Though bragging rights, and the Golden Hydrant, were at stake, winning and loosing were considered secondary. All proceeds, $2,640, were split between the Fireman’s Home in Hudson and The New York Firefighters Burn Center Foundation.

This year, judges determined The Defreestville Fire Department as having the best overall chili with its spicy South of the Border blend.

The People’s Choice Award went to the Watervliet Fire Department.

The competition is held locally on the second Saturday in February.

Valentine’s Day packages are sent to the troops