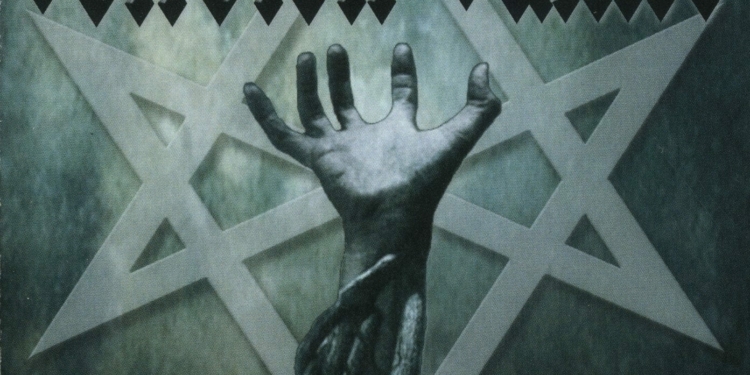 Oblivion Saints is a hard rock trio out of Troy that sports the look of the Blues Brothers but evokes the sound of the late Lemmy Kilmister.

Certainly a music review should not involve, let alone begin with, a band’s appearance, but there is a compliment to be shared here. Upon opening the jewel case for the band’s debut CD “Songs for the Doomed,” you lift the disk and are gifted with the image of Carl Schultz, Robo and Dave Wayne standing stoically together in black suit and tie, dark sunglasses and fedoras (or top hat, in Wayne’s case). With neck ties eschewed, the boys give you a hint that there’s something more than meets the eye.

At first glance, “Songs for the Doomed” may mislead you as a bunch of heavy metal tracks dressed with the cover image of an anguished, outstretched hand thrust in front of what looks to be an artistically interpreted pentagram. Hard rocking? Yes. Metalcore? Thankfully, no. If you immediately start thinking of Lemmy on the opening track, “One Way,” there’s good reason. Though this is the newly branded group’s debut album, the trio has spent the last six years covering Motorhead under the name Motorhome. Whether you draw that connection or not, Schultz’ course delivery of his vocals lends a welcoming touch to these original tracks.

“Songs for the Doomed” is a 23-minute sprint through eight, eighth-beat tracks. There is no flash or embellishment. Robo’s guitar solos are kept brief, and there is only a slight variation from song to song. Nonetheless, Oblivion Saints sneaks a decent garage rock CD into the listener’s hands, and there is some modest talent behind each track’s lyrics. Listeners are treated with the most variance at the meat of the album, starting with the third track “The Final Year.” “Draw The Line” and “Outta Line” helps encapsulate the band’s range in musicianship.

Even if you mistakenly judged Saints as a metalcore band, you’ll find yourself banging your head by the time Schultz rips into the chorus for “The Final Year.”

HEALTH and FITNESS: Yoga can help reduce anxiety and stress from hectic schedule