HOT SPOT: Lysistrata at Steamer No. 10 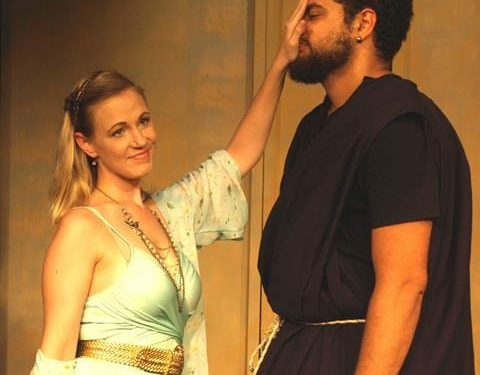 The production of Lysistrata at the Steamer No. 10 Theater has been extended through Sunday, Nov. 13. Show times are 8 p.m. tonight and Saturday and 3 p.m. on Sunday.

Written by Aristophanes and set in Ancient Greece during the Peloponnesian War, this bawdy comedy offers a surprisingly progressive view of gender relations and anti-war sentiment.

When the women of Athens grow tired of their husbands’ endless war with the Spartans, Lysistrata brings women from both city-states together and offers a solution: withhold sex from the men until they agree to cease fighting. Putting the plan into action, however, proves more difficult and more hilarious than anyone imagined.
Lysistrata was first performed in Athens in 411 B.C. and, due to its popularity, has survived more than two millennia.
http://www.steamer10theatre.org/category/an-eclecitc-performance

HOT SPOT: Consider the Source at the Madison Theater