The pride of Troy 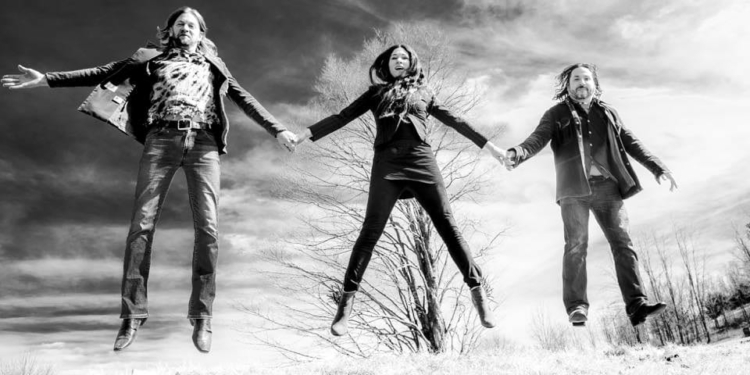 Not many three piece bands can boast having a city holiday named after them.

Super 400 is not a typical local band.

“Super 400 was a big part of the re-vitalization of the Troy music scene, which had died on the vine,” said Vito Ciccarelli, radio personality and special events coordinator at the City of Troy. “Their work ethic, and talent, brought national recognition to Troy. They helped build the foundation for what we’re doing in the city today.”

Like a thief in the night, Troy has changed the general perception of a city likened to — to be nice — the neglected step sibling to Albany.

And, to be rude, a city unaffectionately called “Troilet.”

“It’s really something seeing people’s reactions that haven’t been there in ten years,” said Lori Friday, bassist for Super 400. “People end up wanting to move here.”

Over the years, there has been a push to revitalize the city’s riverfront. Much of the Victorian Age buildings built during the city’s hayday remain along River Street. The architecture and charm have lured real estate investors and restaurateurs, ushering in coffee houses, micro-breweries, unique cuisines, along with larger, regional food chains like Dinosaur Bar-B-Que and Bombers.

Troy is now a place for “hippsters” to go, said Friday.

Friday, along with her husband, the band’s frontman and guitarist Kenny Hohman established their roots in the city, opening the Troy Music Academy in 2011. The band itself has been a local favorite for much longer than that.

The band presently stands as one of the most loyally followed in the Northeast. But, their reputation as musicians goes well beyond the confines of New England. Friday, Hohman and drummer Joe Daley have toured as the supporting band for British pop star Jaime Benson and American vocalist Mike Farris. Hohman has performed on Saturday Night Live as a member of Lenny Kravitz’s band.

Their 2007 release, “3 and the Beast”, received international acclaim and played at more than 250 radio stations domestically. Subsequently the band played more than 20 sold-out shows across Europe. They were later signed to a record deal with Denver based Response Records in 2008.

The three have played together since 1997 as Super 400. Friday was the final piece to an allusive puzzle Hohman and Daley had traveled miles to New York City and Woodstock trying to find. Ironically, coming back home to the Capital District, they found their woman.

Daley comes from a music family, having earned his stripes playing drums for his older brothers. Hohman cut his teeth by picking up a guitar at an early age emulating Eddie Van Halen from the older vintage of Van Halen, before Sammy Hager. Their first steps towards Super 400 were made when the two graduated high school in the mid-‘90s. Along with the aforementioned Van Halen, the band attributes inspiration from Cream, Blind Faith, Led Zeppelin and Motown Soul.

The power trio takes to an Albany stage come May 23, when they share the playbill with Jesus Christ and the Hallucinogenic Allstars (JCHA) out of Saratoga Springs.

“We’re super excited to start taking over Albany,” said Dustin Alexander, frontman for JCHA. “Not to mention we break ground in the nicest club there. As far as Super 400, I’ve crossed paths a couple times with other outfits of mine, but have never played a show with them. So, at the very least, I’m excited to see the scene come together enough to get this chance to rock with them. On top of that, we’re coming back from a month long tour to play this awesome show at the Hollow. A lot of new things for JCHA, but that’s because everything is falling into place.”

The Capital District’s live music scene is constantly at battle with at-home entertainment, despite the improvements that have been made over the years.

“We have a friend, Joe Mele, he plays guitar,” said Friday. “He’d have us all jealous with stories about how the scene was back in the ‘70s. Women would come out dressed to the nines. Men would all be decked out. River Street [in Troy] would be lined with clubs, and bands would have established residences where they could set up their gear on a Thursdays and play through the weekend.

“The scene has picked up [recently] but nothing like that. People just don’t come out for live music. There’s no sugar coating that.”

The challenge of getting audiences back may lie with technology. Friday said there is something to take notice with how music festivals attract their audiences.

“Looking at festivals and seeing how they work, there’s a different auditory experience,” she said. “There’s a lot more vendors. Social media. Different ways to connect. Kids don’t camp out in front of the stage for just the music experience anymore.”