by Michael Hallisey
in The Spot
Reading Time: 5 mins read 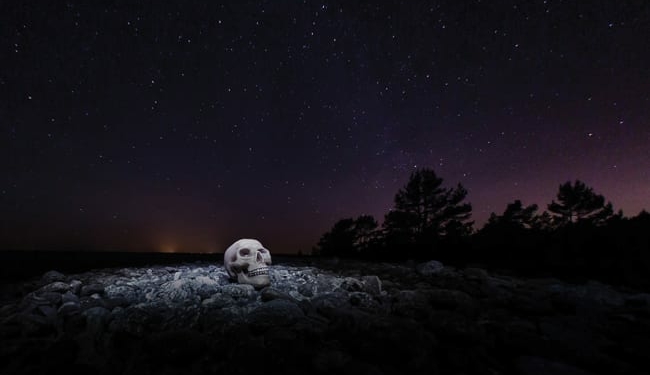 The latest adaptation of William Shakespeare’s Hamlet takes to the stage at the Capital Repertory Theatre in Albany, promising to provide audience members a trip to Elsinore with a twist of Downton.

Call it Downton meets Elsinore, the production places the young prince between the two great wars of the 20th century, a volatile time in European history. Empires were crumbling, and aristocracy was collapsing. Democracy was gaining hold before the emergence of something rotten in the state of Denmark.

Special guest artist Kevin McGuire is directing the timeless “Tragedy of Hamlet, Prince of Denmark” for the Capital Rep’s “Classics On Stage” series, to run April 17 to May 10. It marks McGuire’s first stint as director for the downtown playhouse, after appearing onstage in “Man of La Mancha,” “Red,” “A Christmas Carol,” “Other Desert Cities” and “The Secret Garden.”

McGuire is hailed for his Broadway resume. He’s most recently played the Earl of Northumberland against Stacy Keach’s Falstaff in “Henry IV (Parts 1 & 2)” at Washington D.C.’s Shakespeare Theatre Company. At the Theatre Company at Hubbard Hall, which he founded in Cambridge in 1999, he built the troupe on the Shakespearean canon, either directing or starring in “Two Gentleman of Verona,” “Twelfth Night,” “As You Like It” and “Hamlet,” in which he played Claudius. He has also starred in major New York and touring productions of “Hamlet,” “A Midsummer Night’s Dream” and “Romeo and Juliet.”

“Hamlet is a thriller,” stated McGuire through a Capital Rep press release. “This is not an academic piece. This is not a play that’s good for you. This is a play that changes your life.”

The play is billed as a “fast-paced, two-and-a-half-hour rendition—rife with sex, lies and rapiers,” boasting a young, talented cast of performers. It consists of 15 Shakespearean experts, Broadway veterans, and the best actors in the Capital District.

Among the talented is Delmar resident and veteran thespian Eileen Schuyler. She returns to the Rep’s stage as the Queen in the “play within the play,” a pivotal scene that implicates King Claudius in the murder of the late King Hamlet.

“You try not to have any preconceived ideas [about the character you play] until the company sits together and reads the play,” said Schuyler, “because so much of what we have to do depends on what other people bring to the table.” The veteran of the stage adds that the basis behind good acting requires listening and being present in the moment.

The moment established in this production takes place, not in the Shakespeare’s 16th century, but between the two great wars of the 20th century. Hamlet returns from college to find his father has died, and his uncle seated on his father’s throne. Grief and suspicion sets in, and paves the way for a tragic path of events. Schuyler explains, the setting is different, but the eloquent language of the famous bard remains intact. “The language is extraordinary,” she said. “The characters are complex, and the relationships run the gambit of all emotions.”

The actor describes it as a glamourous, “Downton Abbey” environment, as suggested with the formal attire of ball gowns and tuxedos. But, despite the end of World War I, Europe is in turmoil, and the darkness of the setting lends to foreshadowing.

“It’s the original story, with this incredible, incredible cast,” she said. “The way the performances are coming through, it gives you something very dark, very familiar. Hamlet makes it very clear to us what he’s going through.”

David Kenner, who played opposite McGuire in John Logan’s “Red,” stars as the haunted prince of Denmark. The shorthand the two developed as actors has deepened, with McGuire guiding Kenner through the most famous role in drama.

Schuyler is a Shakespearean expert, trained with Shakespeare & Company and performed in several of the bard’s plays. As many undergraduates have through the years, the actor was asked if the young prince was crazy, or calculative.

“He’s calculative,” she said. “He tells Horatio, his closest supporter, ‘If I act strange, if I put on an act, you don’t know anything about it.’ Then, he starts acting crazy because it’s the easiest way to find out what’s going on.”

Schuyler has a role behind the method to Hamlet’s madness as the Player Queen. In Act III, a play is performed before Hamlet and his family. The prince asks the traveling actors to revise the play, recreating a murder scene as described by his alleged father’s ghost, in an attempt to confirm his uncle’s guilt.

“He’s in control of himself,” said Schuyler. “He’s not insane. He’s playing insane.”

Schuyler returns to the Capital Rep stage, having appeared in “You Can’t Take It With You” and starred in “33 Variations,” “Our Town” and “Fuddy Meers.” She has dedicated her upcoming performance to her late husband, Joe, who dedicated 30 years to the Capital Rep as production photographer.

Christopher McCann, who plays Polonius and Grave Digger #2, will also serve as text coach for this production. McCann brings a resume of unusual strength, having worked in a variety of capacities with theatrical luminaries like Sam Shepard, Joseph Chaikin, Bartlet Sher, Moises Kaufman, Tony Kushner, David Mamet and many others.

Saratoga Springs native Vanessa Sterling also makes her downtown debut as Ophelia. She worked recently with McGuire and Hamlet Composer Michael Roth at Washington D.C., and has assayed a number of Shakespearean titles.

Rabine has a long relationship with the Capital Rep. Rabine has appeared in “Glengarry Glen Ross,” “You Can’t Take It With You” and “The Taming Of The Shrew.” Rabine has also directed for theREP’s On The Go! educational series. He is the producer of The Lake Theatre, which will be presenting “The Complete Works Of William Shakespeare (Abridged)” this summer in Lake George.

Sub-sponsored by Keeler Motor Car Company and Omni Development, opening night for the play includes live music in the café at 6:30 p.m., and complimentary post-show champagne and dessert. The Chef’s Table performance, on Tuesday, April 28, includes live pre-show music and complimentary hors d’oeuvres for ticketholders from Taste and Capital American Eatery & Lounge, beginning at 6:30 p.m. in the lobby.

Discussion nights for Hamlet, featuring cast members fielding questions from the audience, will take place following the Wednesday evening performances on April 29 and May 6.

The Sunday, May 10 matinee will be preceded by a Behind-the-Scenes event, which features a complimentary light continental breakfast for ticketholders and discussion led by the REP’s Producing Artistic Director Maggie Mancinelli-Cahill. Food service begins at 12:30 p.m., with the presentation following from 1 to 1:30 p.m..

Regular performances continue through Sunday, May 10. Performance times: 7:30 p.m. Tuesday through Thursday; and 8 p.m. on Fridays and Saturdays — with mid-afternoon matinees starting at 3 p.m. on Saturdays; 2 p.m. Sunday; and 2 p.m. on Wednesday, April 29. Capital Repertory Theatre, 111 N. Pearl Street, Albany. Tickets range from $20 to $60. Students with valid ID: $16 all shows. For tickets and information, call Tickets By Proctors, 518-445-SHOW (7469) or visit capitalrep.org.

IN THEIR OWN WORDS: Town Board supports police too