Step back in time a town tradition

by Zan Strumfeld
in The Spot
Reading Time: 3 mins read 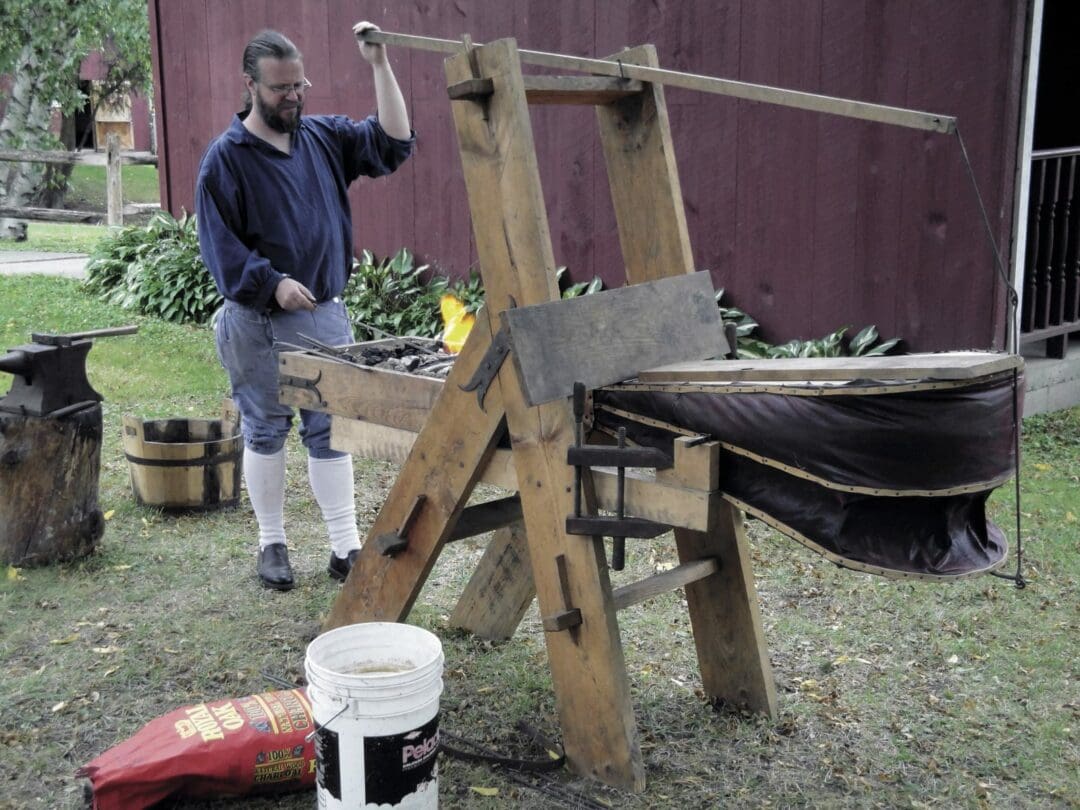 September is just around the corner, which means “olde tyme” craft demonstrations, vendors, music and historic exhibitions will once again fill the premises of the Pruyn House for the annual Old Fashioned Sunday.

Rolling into its 30th year, the Friends of the Pruyn House-sponsored Old Fashion Sunday will provide a free, family-fun afternoon reflecting an early-to-mid-19th century feel on the grounds of the historic site Sunday, Sept. 8, from noon to 4 p.m. at 207 Old Niskayuna Road in Latham.

The Town of Colonie first acquired the Pruyn House, a two-story, 15-room mansion built in the 1800s for tax collector Casparus Pruyn and his family, its 5 ½ acres of land and several other buildings in 1983. It took some time to preserve the land and its foundations as an historic site, but once completed, the house and its surroundings became open to the public as a cultural and historical museum.

Ready for the town to see, the Friends of the Pruyn House held the first-ever Old Fashioned Sunday with a small art show, a few vendors and tours of the new grounds. Now, three decades later, Old Fashioned Sunday has turned into an annual community event with hundreds of attendees.

Highlighting the historic house, the majority of the vendors, craft demonstrations, music and activities will reflect the era when the house was first built and used.

“Everything is supposed to be in some relation to old times,” Friends of Pruyn House Curator Diane Morgan said.

John Ackner, who has participated at Old Fashioned Sunday for more than five years, will be demonstrating Colonial blacksmithing.

“The blacksmith was the tool maker. During the 17th and first part of the 18th centuries, carpenters went to blacksmiths … they made iron, steel, part of tools,” Ackner said.

This year, Ackner will show how to make tools for cooking, including forks and skewers.

The day will also be filled with face painting, pony rides for children and rope making. Local magician Jim Snack will perform his tricks and Beth Bomba will tell classic stories in the barn.

Three locally affiliated bands – The Colonie Town Band, The Brass and the South Colonie Friends of Music Big Band – will rotate performing throughout the day.

“Some people just plant themselves in chairs … just stay the whole afternoon listening to the bands,” Morgan said.

Those who are hungry will find plenty of options, too. Besides vendors selling cotton candy, cider donuts, popcorn, ice cream and other fall treats, the Kiwanis Club will provide hamburgers and hot dogs.

Claudia Russell, owner of Homemade Jams and Jellies, will be selling her handmade condiments with ingredients directly from the gardens at the Pruyn House. Russell, a member of the Fort Orange Garden Club, plants herbs in the gardens and uses them for her jellies, including rosemary apple, sage apple, parsley chardonnay and mint.

All of the premises’ eight other buildings, including the Buhrmaster barn and schoolhouse, will be open for exploration. Earlier this summer, the Colonie Art League taught an art class to students in the schoolhouse behind the Pruyn House; some of their artwork will also be on display during Old Fashioned Sunday.

Morgan said she’ll have some displays of Colonie history in the basement of the main house, and Colonie Town Historian Kevin Franklin will be unveiling an historic marker sign about the house.

Knowing the historical importance of the house, Franklin said Old Fashioned Sunday is a fun event for the community to experience.

“Old Fashioned Sunday brings the complex back to its roots and gives people an experience, at least at a very minimum, of what life would have been like early-to-mid-19th century,” Franklin said.

With no rain date, Morgan said she hopes for a gorgeous day, as has been the case for the past few years. If it does rain, everything will be moved into the Buhrmaster barn.

“It’s just a big community get together … (with) people you may only see once a year,” Morgan said.

A taste of Italy, and of heritage