by Michael Hallisey
in Entertainment, Professional Sports, Sports, The Spot
0

ALBANY — Kaylyn Migues has always had a competitive streak within her, a feature of her personality she first tapped into once she began dancing when she was five. Between high school, ballet, contemporary dance and spending time with her father, Migues had very little time for a social life in high school. From that alone, she doesn’t sound like your atypical teenager. 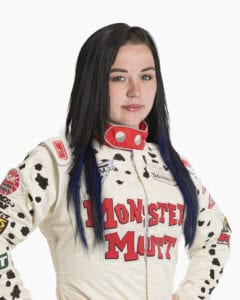 Migues is no stranger to the dance studio, where up until three years ago, she would poise her 5-foot 4-inch frame on pointe in front of a barre. She’s since hung up her dance shoes in place of a fire suit and some car keys.

The 20-year-old is heading into the third year of a monster truck career that started off as shaky as the supercharged engine that roars within Mutt Dalmatian. Aside from her interest in dance, Migues said she’d always run into her father’s garage. Her father, Darren, is a Monster Jam veteran. Despite his best efforts to keep her away from his lifestyle,

“He decided to buy two of his own trucks in 2014 after working on Jimmy Creten for eight years,” said Kaylyn. “Once I turned 17, he started to teach me how to drive which led me competing during the 2017 Monter Jam season.”

At 66 inches in diameter, the tires on her monster truck stand taller than she does. However, that did not intimidate her from climbing on board. At a 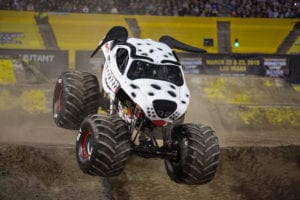 championship event, Darren asked Kaylyn if she could drive his truck for a parade. In the chair, behind the controls of a 1,500-horsepower engine, Kaylyn said she couldn’t move. Nothing was responding, except her father, he was yelling from underneath. She rushed out of the rig and promised she’d never get in one again.

The family always thought her brother, Tyler would take up his father’s mantle as a driver. Kaylyn describes her brother as a “gorgeous driver.” He first sat in his father’s truck and took the control with ease. A natural around the trucks, Kaylyn said he now sits in a crowd and is able to detect problems by watching and listening to trucks as they perform. But, she said, he doesn’t have an interest.

For Kaylyn, her driving ability isn’t as natural as her brother’s but, there’s that competitive streak of hers.

“I would describe myself as an aggressive and competitive driver that enjoys racing and freestyle,” said Kaylyn, who has earned the nickname Horsepower Princess. “My favorite part is being able to compete against really talented drivers every single weekend. Competing against them really pushes me as a driver to become better.” 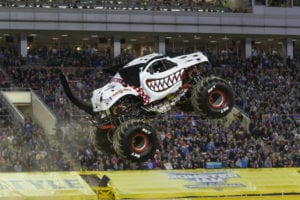 Her most treasured memory in her short career is beating her father in a Chicago-style race during a recent tour,

“He won’t admit it, but there’s the Jumbotron screen,” she said. “There’s no denying it.”

Today, Kaylyn continues to do the atypical. She’s going to beauty school to learn hair and cosmetic styles. Though, once she graduates, she said she still plans to continue driving. She’ll do so until her father decides to retire. But, until then, her driving has allowed her to bond with her father.

“Our normal competition season is from January through May,” said Kaylyn, whose birthday is in February. “I hardly ever saw my dad. We never had that normal daddy-daughter experience that a lot of other families had.” Now that they go on tour together, Kaylyn said, “He’s my best friend.”

Latham Water District in the midst of big changes

Latham Water District in the midst of big changes