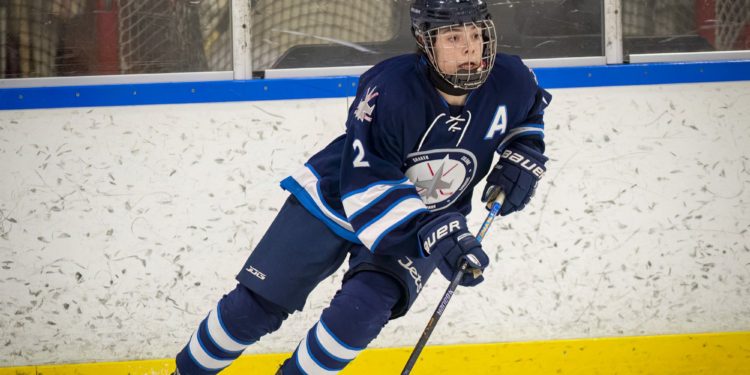 GLENVILLE – The Capital District Jets varsity hockey team traveled to take on Burnt Hills Ballston Spa in high school hockey on Saturday, Dec. 17. Both teams wanted the win to start off  league play, but ultimately it was the offensive explosion by BHBS that won the contest 7-2.

BHBS exploded for five goals in the second period after trailing 1-0 after the first.

The netkeepers were busy for both teams with Joey Shanahan facing 28 shots and Nick Mirabile facing another 4 late in the game.

Not to be outdone by the rivals, BHBS netminders Alex Shear and Jeffrey Tuccillo turned away 29 Jet shots especially in the first and third periods.

On the scoring side, The CD Jets were led by Colin Wilson and Jack Culliton with a goal each while Josh Durocher and Alex Ridley each had helpers.

To view photos from the game click here or on one of the photos below to click/swipe through the rest.