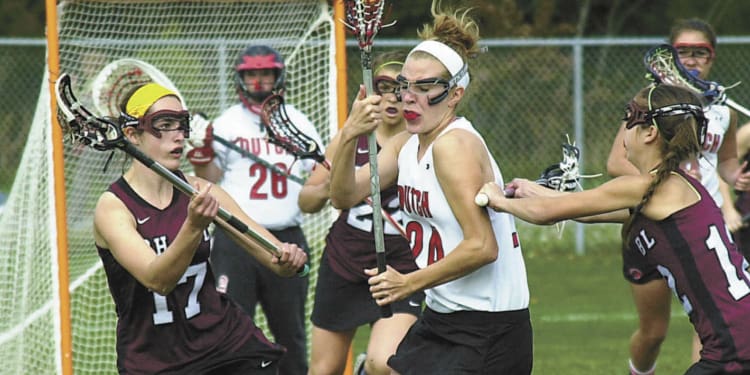 The Guilderland girls lacrosse team is going to encounter a reshaped Suburban Council landscape in 2013.

“The coaches who are coming in now have all been successful as players and coaches at other programs,” said Chatnik. “So, it’s going to be interesting. When you see (how the other teams will do), we’ll see it.”

Adding to the intrigue for last year’s Section II Division I runners-up is that the Lady Dutch are going through their own transition. Ten players from last year’s team graduated, including the dynamic scoring duo of Kelly Camardo and Shelby Iapoce.

“We’re young, but we have a good core group,” said Chatnik. “Several of our players were members of the girls soccer team that went to states (in November), so they’re used to winning at that level.”

Junior Morgan Hardt leads a young group of offensive players for Guilderland. Sophomores Cara Quimby and Rebecca Golderman join juniors Michaela Jones, Katie Becker and Jody Madsen on the attacking half of the field, along with seniors Ali Cardinal and Jaclyn Rogers.

“I think they’ll respond well, but it will be with a maturity they will have to acquire as the season goes on,” said Chatnik. “I think as a unit they’re playing well together so far, but we’ll see what happens at our first scrimmage this weekend.”

“Kaitlyn is going to have a very nice year, and we’re confident with her back there,” said Chatnik.

Guilderland gets its first look at the revamped Suburban Council March 28 when it opens the league season with a game at Colonie. The Lady Raiders are one of several teams with new head coaches. Niskayuna, Saratoga and defending Sectional champion Shaker are among the other schools with first-year coaches.

“There are a lot of new people coming in, and I think they’re going to do quite well,” said Chatnik.

As for his own team, Chatnik said he’s hoping Guilderland can remain on top of the Suburban Council heap and claim the Sectional championship for the first time in three years.

“Hopefully this year, we’ll get there after falling short the last two years,” said Chatnik. “It won’t be easy. You have to give your best every time you go out there.”

Another change at Bethlehem