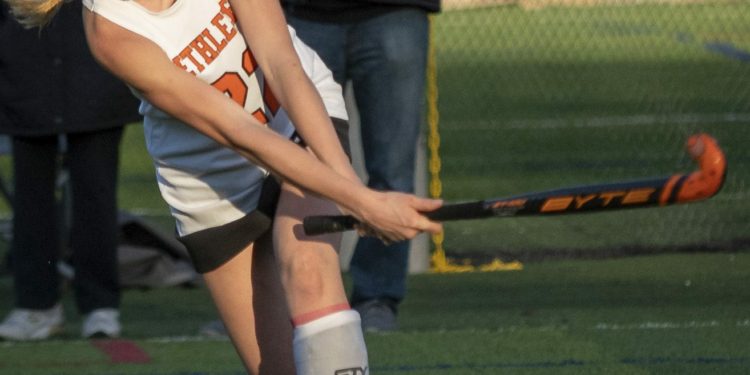 GLOVERSVILLE – It only takes one goal to win the class A sectional title as Bethlehem girls field hockey team found out on Sunday, Oct. 30 against Shenendehowa.

The Eagles’ Haley Backlund found the back of the cage with 12:50 left in the fourth quarter to lift the third-seeded Bethlehem team over the fifth-seeded Shen team.

The goal came on a penalty corner and a perfect feed from Violet MacDonald after an inbound pass from Elizabeth Austin.

The Eagles defense held off a flurry of shots from Shenendehowa late in the game to secure the 1-0 win.
The team powered past sixth-seeded Niskayuna 5-0 in the first round of the sectional playoffs and downed second-seeded Guilderland 1-0 in overtime to reach the finals.

Bethlehem (12-7) next travels to the state tournament at Mahopac High School for a sectional round contest against Scarsdale.
.

Shenendehowa finished the year at 8-11 and reached the finals after upsetting the first seeded Saratoga squad.

Phil Steck vs. Alexandra Velella in the 110th Assembly District