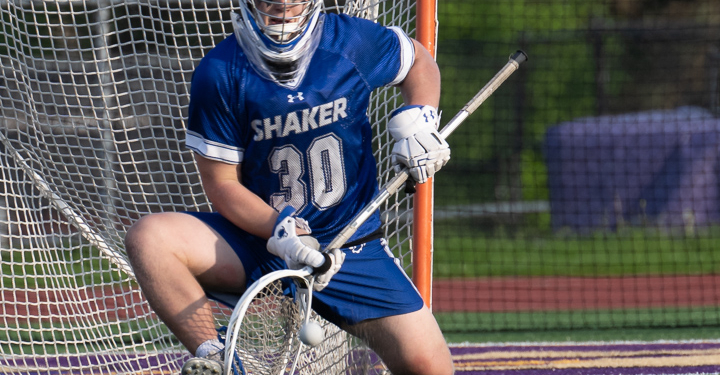 COLONIE — Shaker scored four unanswered in the fourth quarter to beat CBA 12-5 in its last regular season game of the year.

CBA will play Niskayuna on Saturday, May 14, host LaSalle in a non-league game on Tuesday, May 17, and is scheduled to round out its regular season at Troy on Wednesday, May 18.

Shaker took a 2-1 lead after the first and exploded for five goals in the second to take a 7-4 lead into the half. The two teams each scored a goal in the third before Shaker scored four in the fourth for the 12-5 final.

The Bison was led by Eric Hennessey with five goals and two assists. Owen Wilson had two goals and three assists while Colin Brant and Colin Devoe had two goals each. Carter Font had a goal and James Easton had an assist to round out the offense for Shaker.

Francesco Raso had goal and two assists for the brother while Logan Murphy, Shea Hogan, Sam Smith and Noel Emanatian had a goal each.

Ryan Mazzariello had 16 saves in goal for Shaker and Andrew Keens had six for CBA.

Click on a phot below to view a slideshow of the rest or click here if using a news app.