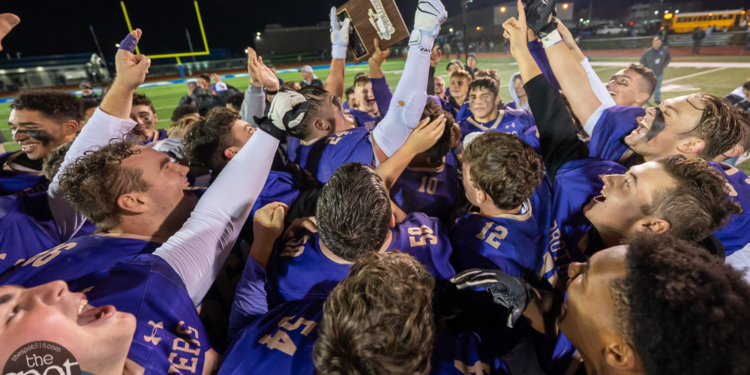 The Brothers, under first-year head coach Bobby Burns, beat the Plainsmen from Shenendehowa 28-14 in front of a packed house at Shaker High School on Friday, Nov. 12. Shen scored first on a 24-yard run from Michael McElrath but CBA quarterback Donald Jones scored the first of his two rushing touchdowns to tie it at the end of first quarter.

McElrath scored his second on a 27-yard run to give Shen a 14-7 lead, but a 31-yard touchdown by Gavin Pitcher knotted the score at 14 heading into the half. After a scoreless third quarter, CBA then scored two unanswered in the fourth — a 9-yard pass from Jones to David Clement and a 15-yard scamper by Jones. Jack Giatanella made all four extra points for the Brothers.

CBA hammered the ground game throughout with Senior Brenden Simek running the ball 15 times for 138 yards and Jones had 25 carries for 137 yards. The CBA defense, led by lineman Jason Rogers, held Shen to 125 yards on the game.

The Brothers, under Burns, who came to CBA after a six-year career at Troy where he led the team to two Class AA state championships, are now 6-2 in conference play and 8-2 overall. They will play in the state quarterfinals against the Section I winner — either Carmel or Arlington — at Mahopac High School in Putnam County on Saturday, Nov. 20.