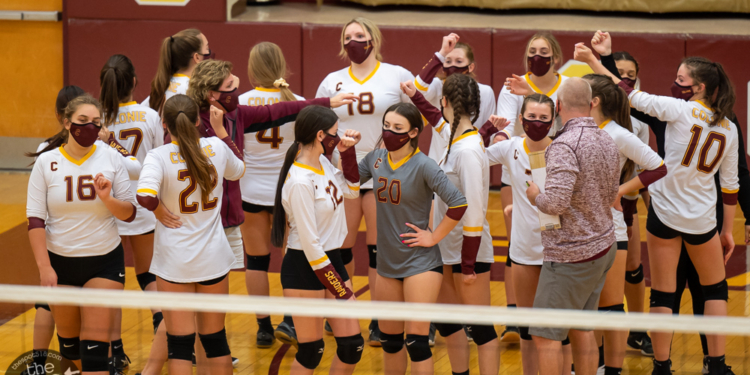 COLONIE — The Garnet Raiders advanced to the Class AA semis by beating Bethlehem in five sets in a hard fought match at home.

The No. 3 seed from Colonie (9-5, 11-6) will square off against the No. 2 seed from Columbia on Wednesday, Nov. 3, at Stillwater High School at 7 p.m. Columbia beat Guilderland, the No. 7 seed, to advance. The No. 1 seed Shenendehowa will play against the No. 5 seed from Ballston Spa in the other bracket beginning at 5 p.m. with the championship slated for Nov. 5 at Saratoga High School.

Shannon Coyle had 17 kills and 10 digs for Colonie while Grace Bauman had nine kills and Charley Herrington had 29 assists.

For the Eagles, Caroline Davis had 10 kills, five aces and 11 digs while Maren Louridas had 15 kills and two digs.

Click on the a photo below to view a slideshow of the rest or click here if you are using a News app.

Point of View : Literature is meant to challenge