SPOTTED: Colonie 12U Little League wins game one of the Section 2 South Championship, 23-0 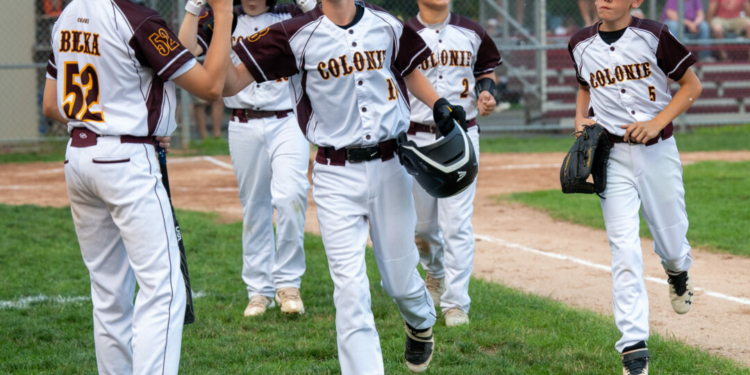 COLONIE — The Raiders 12U Little League All Star team is now 10-0 this postseason after pitching a no-hitter and racking up 22 hits to trounce LaGrange LL, 23-0, in the Section 2 South Championship at Cook Park on Monday, July 19.

The Colonie team will travel to the Poughkeepsie area tonight for game two in a best of three series against LaGrange. If it wins tonight, they will play in the state championships in Penfield, a Rochester suburb, beginning July 27. If LaGrange wins, game three will be held Wednesday at LaGrange.

The Raiders 12U squad has dominated the 2021 Little League postseason, outscoring its opponents 132 to 17 over 10 games that began on June 22 with the local round robin tournament.

In the first game against LaGrange, Drew Hillicross went three innings and walked one while striking out six and lefty Carter Epting came in for the fourth and struck out one.

The offense wasted no time, jumping out to a 5-0 lead after one and adding seven more in the second and third before exploding for 11 in the fourth. The game was called because of the mercy rule that ends any game with a 10 or more run spread after four complete innings.

SPOTTED: Empire go to 5-1 after beating the Jersey Flight