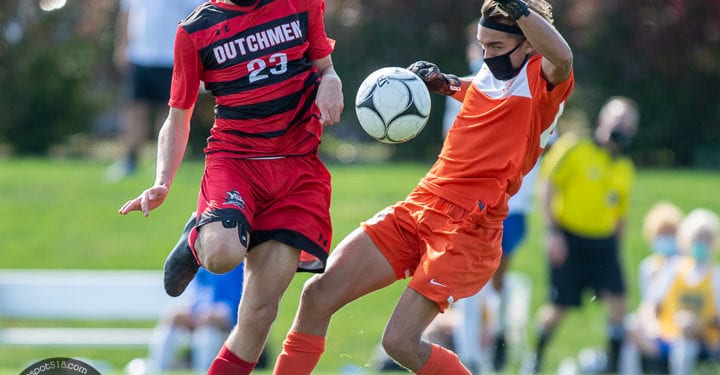 GUILDERLAND — The Dutch lost a heartbreaker to Saratoga, 4-3, in a Saturday, Oct. 10, Suburban Council matchup.

Four different players from Saratoga had goals with the game winner coming with 2:05 left in the game off the foot of Garrett Hedde that bounced off the post and into the net.

Toga took a 2-0 lead into the second half but the Dutch stormed back with two goals by Shaun Francis. Saratoga took the lead with about 17 minutes left in the game on a penalty kick, but Guilderland tied it up six minutes later on a goal by Illia Tyrkus.

Hedde, Evan Hallett, Zach Colangelo and Jack Donnelly scored for TOGA. Tyler Munter had one save in goal.

Francis had two goals and Tyrkus had one for the Dutch.

RETIRING RETIREMENT: A song of hope in trying times