SPOTTED: Bethlehem Blaze 18U and Brunswick play to a tie 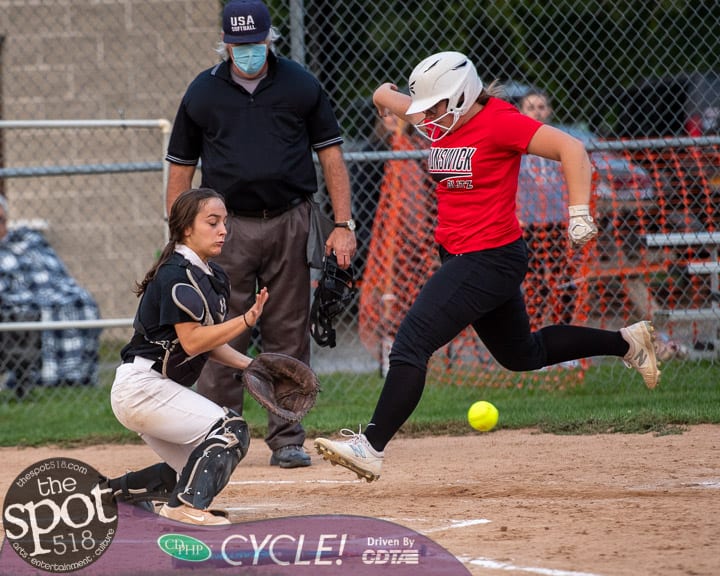 BETHLEHEM — The Blaze 18U and the squad from Brunswick played to a 12-12 tie at Line Drive Fields in a four inning game cut short by a lack of daylight.

Brunswick jumped out in front with four runs in the top of the first but the Blaze came back with 10 of their own to take a six run lead after one.

Brunswick fought back with eight runs over the next three innings to take a 12-10 lead heading into the bottom of the fourth when the Blaze scored two runs — including a homerun by Morgan Ryerson — to tie it up before the game was called due to darkness.

On the mound, Gallagher and Ryerson gave up a combined 12 runs on five hits while walking 11 and striking out four.

Bethlehem batters scored 12 runs on 12 hits while striking out five times and walking once.

Huge number of voters in the Village of Colonie elect Tobin mayor; Sim and Murphy trustees