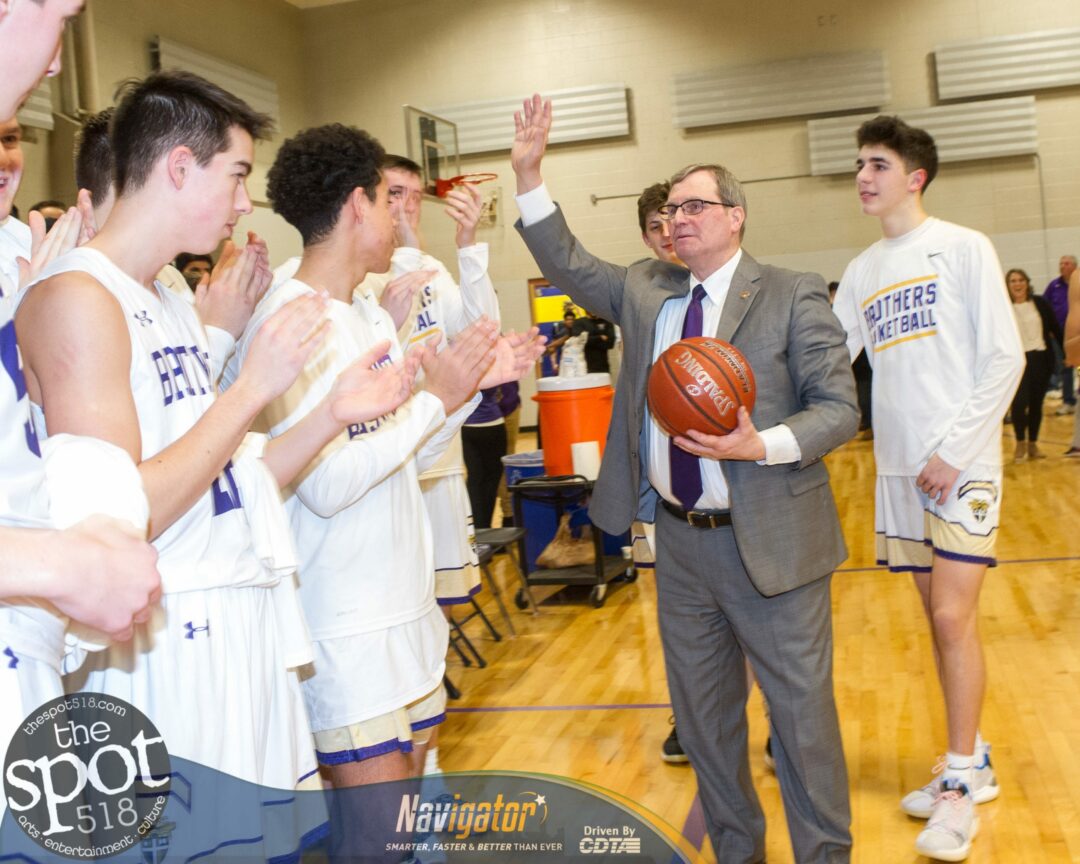 COLONIE — Most high school athletic events are about the kids playing the sport.

But on Friday, Jan. 25, the game was about Christian Brothers Academy Coach David Doemel, who by beating Columbia 66-48 became the school’s all-time winningest coach.

Doemel, though, was quick to give credit for the 335 wins to his players — all of them since he took over in 1997-98 — and the coaches who taught him how to coach.

“They talk about me winning about all these games but when I played I totaled about two minutes in the second half so I really didn’t win many games as a player but these kids I had the privilege of coaching won a lot of games for me so I appreciate them more than anything,” he said.

Doemel, who was also a baseball coach, is a 1971 CBA grad and many of his classmates were in attendance to watch him break the former record held by Bill Telasky — Doemel’s former coach and one of his mentors.

If there is one thing he told every team throughout the years it was to “play hard and play smart.”

“CBA has always had a tradition of maybe not having the best personnel in the league but always being able to compete with everyone,” he said. “My dad told me a long time ago to ‘respect all fear none’ and we try to pass that along.”

Against Columbia, standout guard Jordan King led The Brothers (7-4, 8-4) with 22 points while Peter O’Toole chipped in 18 and Drew Signor had 11. Mike Murray had six, Vincent Tirino had five and Tyler Grimes had four.

Alex Adams was the lone Blue Devil (7-5, 8-7) in double figures with 13 while Dylan Ouimette had eight.

SPOTTED: Voorheesville drops one in OT to Cobleskill-Richmondville