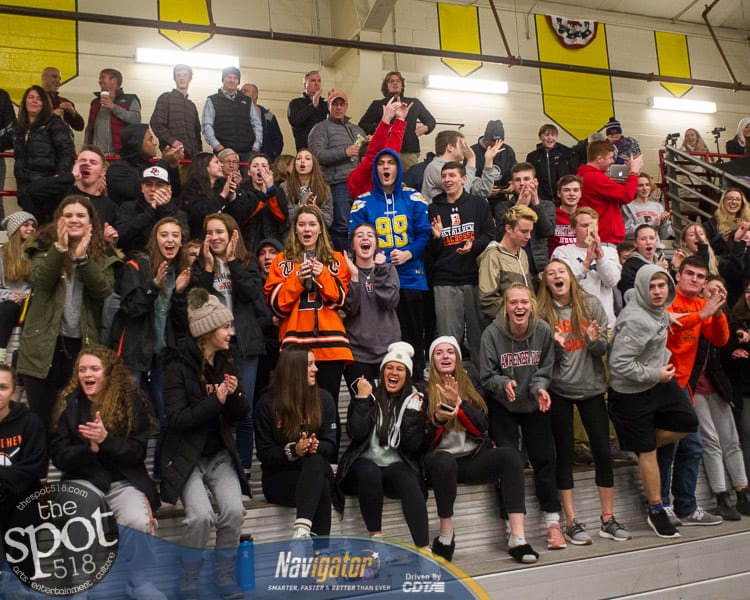 COLONIE — The Eagles hockey team went on the road and came back from a 2-0 deficit to beat rival CBA 4-3 on Friday, Dec. 21.

The Brothers (3-1, 4-2) jumped out to a 2-0 lead after the first period at the Albany County Hockey Facility, but the Eagles (4-1, 7-1) dominated the second, scoring three goals with the last coming with under two seconds on the clock.

The two teams traded goals in the third in front of a large, loud contingent of fans for both sides.

Connor Carroll had two goals and an assist for Bethlehem while Justin Chenaille had two goals. Michael Bievenue and Ben LaVigne had two assists and one assist respectively.

Dylan Van Epps, Hunter Pemrick and Jack Murphy each had a goal for CBA

Michael Kurdziolek had 25 saves for the Eagles.