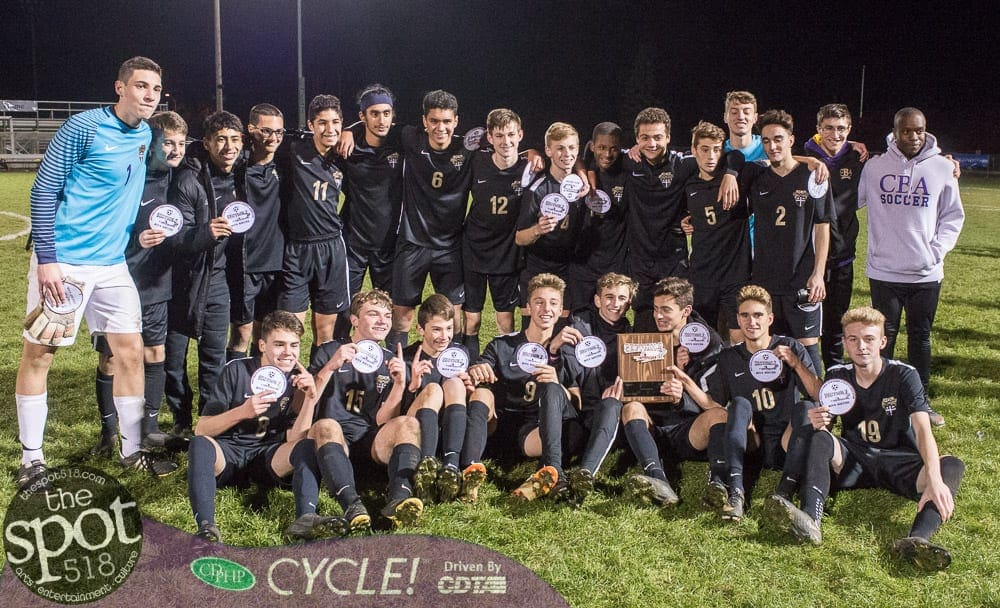 The Brothers, solid all season, dominated the playoffs and in a game not as close as the score beat Niskayuna 2-1 in front of a large, boisterous crowd at Colonie High School.

“We have some players with a little more experience, and being here last year probably helped and not playing the fourth game probably helped because we do play too many games in a short window,” said CBA coach Steve Freeman. “It’s humbling. I couldn’t be more proud of this program. The legacy of sport in CBA is important, and in soccer we want to be as good as the others.”

Five years ago the CBA program had 20 players and not a lot of interest or wins. This year it has 66 players and a Section II championship plaque for the school trophy case.

Eli D’Onofrio got CBA on the board first on a penalty kick in the 23rd minute of the first half. Jack Mendrysa hit what would be the game winner about six minutes into the second half.

Dan Kelly had three saves for CBA while Jimmy Joyce had 15 for Nisky.

Nisky’s goal came off the foot of Keenan Duggal with about six minutes left in the game.

The Silver Warriors, the No. 7 seed, played four tough games winning two by a goal, one in penalty kicks and the losing the last by a goal.

CBA will now play Section III’s champ Baldwinsville this Saturday in Liverpool. The game is set to start at 1 p.m.

Spotlight is your humble town crier