SPOTTED: Shaker beats Shen with seconds left on the clock 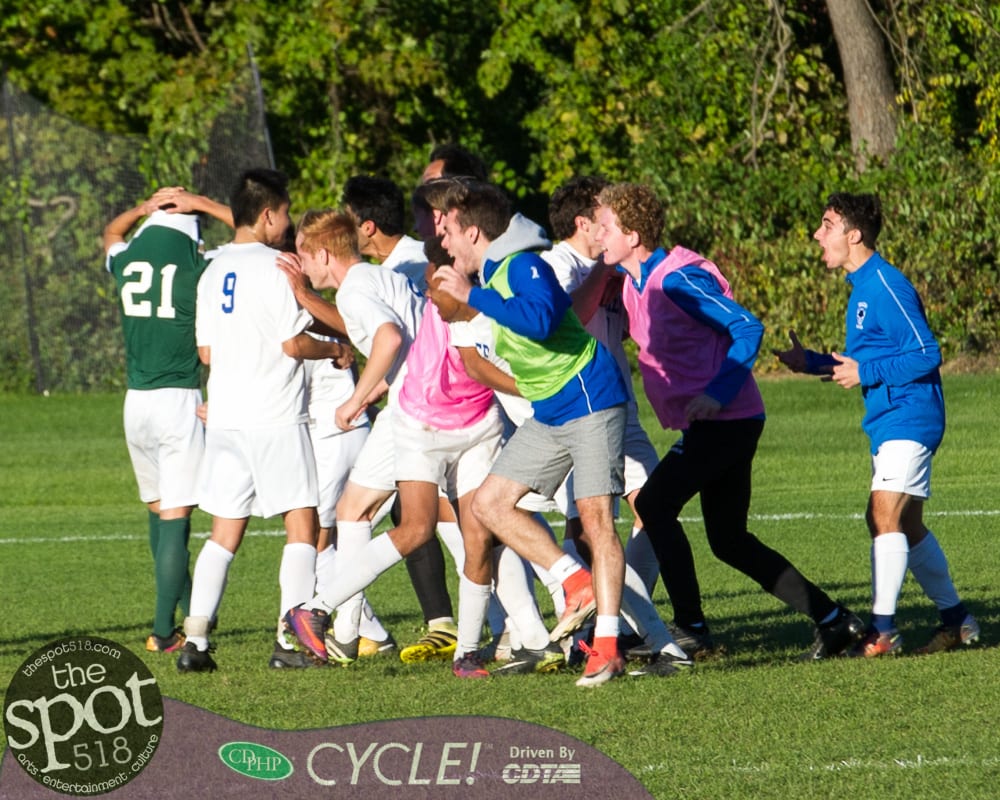 CLIFTON PARK — In one of the most exciting games of the season, No. 5 seed Shaker beat Shen 2-1 with just seconds left on the clock.

With about 14 seconds left, and the score tied 1-1, Shaker had a last ditch corner kick. Stephen Guidi ran to the corner, grabbed a ball from the ball boy along the sideline and set up to kick the ball across the front of the Shen goal.

As he was placing the ball, the ball boy from behind the goal tossed him a ball and when he stepped back to loft the ball, that one knocked the one he set in place, out of place.

Rather than kick it from where the ball rolled, he re-grouped, replaced it, raised his hand and with about six seconds left on the clock kicked into the scrum in front of the Shen goal where Jack Cheney sent it home.

Shen, the No. 4 seed, got the ball at midfield with one second left on the clock and no chance of scoring.

The teams played even until corner kick at the 39:54 mark.

Keeper Keegan Flaherty had 10 saves for the Bison.

The Bison will now play No. 1 seed CBA in the Class AA semifinals at Colonie High School on Friday, Oct. 20, with the game starting at 7 p.m.