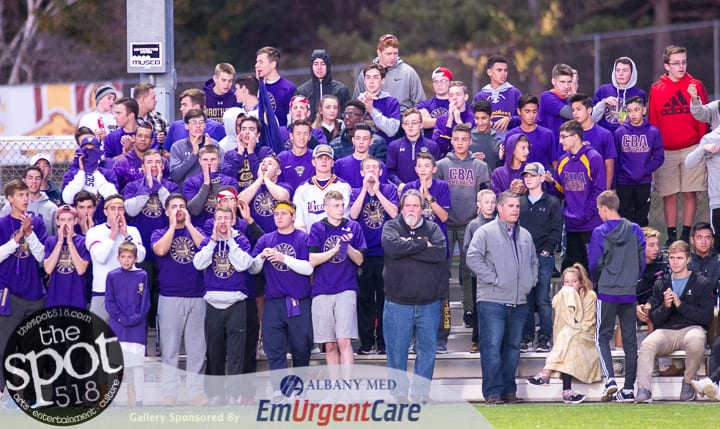 COLONIE – Christian Brothers Academy, in a dramatic shootout, eliminated the No. 1 seed Saratoga on Friday, Oct. 27, and will play in the Section II Class AA finals for the first time in program history.

Aidan Rice scored first for Saratoga but Brady Van Epps tied it up for the No. 4 seed Brothers. Then, Peter Moller put the Blue Streaks ahead by a goal but within minutes Keegan Vedder’s sent the game into overtime.

It remained 2-2 through two 15-minute sudden death periods and went to penalty kicks where standout goalie Dan Kelly made three of six saves to give the Brothers a 4-3 win.

SPOTTED: The Blue Bison fall to The Blue Streaks