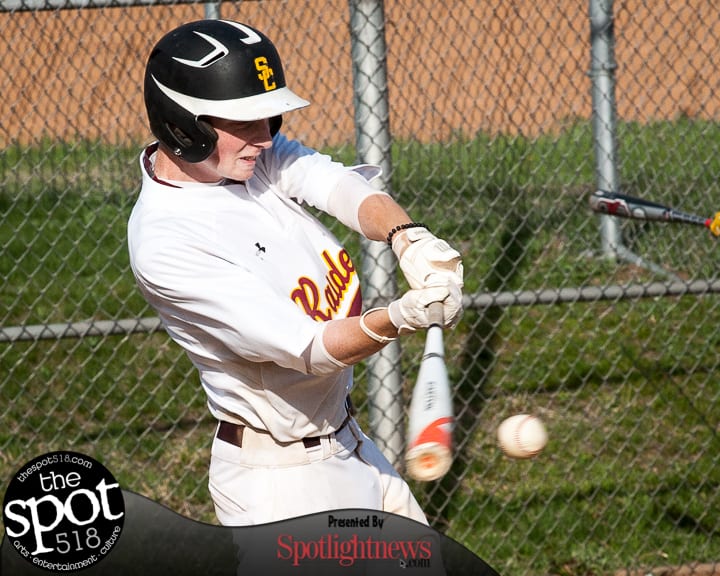 Brett White went five and a third for Colonie, striking out 10 and allowing just four hits before giving up a two-run home run to Brandon Disconstanzo.

David Gray, who went two for three with a double at the plate, came in from third base to finish up the game for Colonie(6-3, 7-3.)

Colonie batted around and scored six runs in a fourth inning that was highlighted by a three-run double by Mike Lavigna.

In all, five of Colonie’s eight hits were doubles, one each by Lavigna, Gray, Devan Kruzinski, Tylor Murphy and Nathan Toms. Jeff Canastra and Ryan McGee added hits for Colonie.

Shaker (4-5, 6-5) made a game of it by scoring two runs off the homer in the sixth and another in the seventh.

Dino Ferrarese started the game for Shaker and Steve Acquario came off the bench.