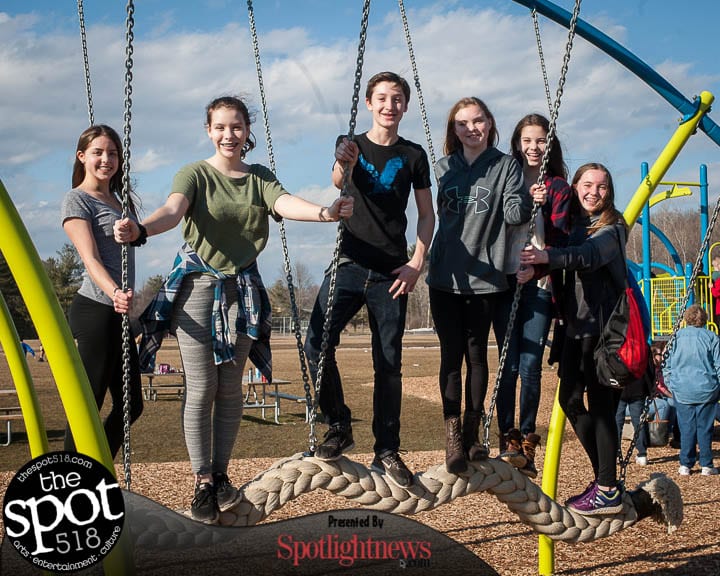 The parkas and hats were left at home, and shorts and t-shirts ruled the day as the temperature hit record highs on Thursday.

At 2:55 p.m., the mercury topped out at 69 degrees at the Albany International Airport, according to the National Weather Service, the fifth warmest winter temperature on record in the Capital District.

And people across the area took advantage of it, including those at Bethlehem’s Elm Avenue Park.

WTEN meteorologist Steve Caporizzo said on social media the warmest winter temperature recorded in this area was on Christmas Eve, 2015 when it hit a sizzling 72 degrees.

The coldest Feb. 23 on record was in 1972, when temps plunged to -16 at 6:40 a.m., according to the National Weather Service. The average temperature for late February is about 36 degrees.

Warm temperatures are expected again today with unsettled weather – including high winds and possible thunderstorms – on tap for the weekend.